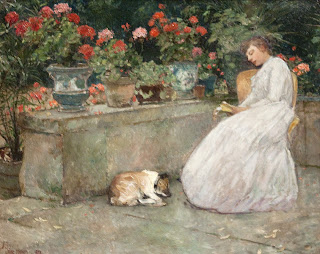 Mount Vernon Heights Congregational Church on258 Columbus Avenue (btwn Millington and Elliot Streets) is hosting Vice-Chairman Lyndon Williams for a Public Meeting on the Fiscal Year 2011 County Budget in Mount Vernon on December 8, 2010 at 7:00 p.m. on 2011 proposed county budget.  This will affect our library as well.  The county partially funds Westchester Library System which is also going through cuts.  They just cut the driver for the bookmobile and the professional development manager both of which affect our ability to provide services to Mount Vernon.  There was talk earlier of possibly stopping the bookmobile service which goes to the aged homes in Mount Vernon.  The cuts also affect how Mount Vernon Public Library will receive computer training for its staff.  It is all tied together.

There is also the City Council meeting in city hall in Mount Vernon.  The library director, the head of the union, many members of the library staff, and library supporters will be there.  I hope that people will speak up in support of the library.  We are getting a lot of people who are asking about it.  They want to know if the rumors they are hearing are true. Some people have a hard time believing it.

Today, I talked to a vendor about getting reinforced shelving for oversize books.  I also did the graphic novels club.  It turns out well each time.  I have a few regular members as well as teenagers who come for the fantasy card games club that meets in the library.  I usually leave the graphic novels out for the cards club.  I checked out a graphic novel called The Amazing Screw On Head and Other Curious Objects  by Mike Mignola.  It is dark fantasy set in the 19th century.  It was on the Diamond Comic Distributors Bestseller list. I read it on the train home. The story, The Amazing Screw On Head won the Eisner award for comics in the short story category. The book is hard to describe; whimsical, very funny at points, not quite rational, a sense of being part of a toy, or in a dream.  I looked through it twice after I read the story.  Mike Mignola writes Hellboy. He has a very original style.

Even if you do not come to the library, all of the senators supporting New York as well as the assembly people are listed on the city website.  You can write them via email, or if you want to, look them up on Facebook and send them a brief positive message.
Web Bits

Back Talk: We Need Big Tent Librarianship from Library Journal
http://www.libraryjournal.com/lj/home/887733-264/backtalk_we_need_big_tent.html.csp
Posted by Book Calendar at 4:35 AM