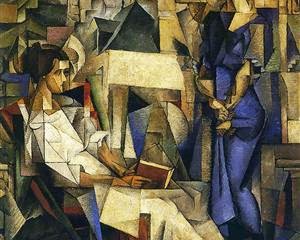 Last night, I read some more of Waking, Dreaming, Being.  I am reading about out of body experiences.  In addition to the various spiritual explanations there are some rational descriptions of how when you stimulate certain parts of the brain, people experience being separated from their body.  There is also an idea that we can perceive our body as being separate from us through our senses but not actually be out of our body.

This morning, I checked the Twitter and Facebook for the library.  I also spent some time looking at collection policies from around Westchester county.

I am doing a little checking on my side bar for the blog.  Things needed some updating.

I am getting the book, The Orbital Perspective Lessons on Seeing the Big Picture from a Journey of 71 Million Miles by Ron Garan. It is an inspirational book by an astronaut.

I put the book, Hurricane Fever by Tobias Buckell on hold.  It is a near future thriller.   Basically it takes the technothriller postulates some kind of new technology, then creates a setting which is a recognizable near future.

I am reading about the idea that we are not conscious when we are in deep sleep in the book Waking, Dreaming, Being.

I watched a little bit of the PBS documentary, Makers Women Who Make America.  It is about women's history.  March is Women's History Month.

"We're All Exploited Here" on Paying Writers and Editors
http://publishingperspectives.com/2015/02/were-all-exploited-here-on-paying-writers-and-editors/

The Secret Libraries of Chicago
http://www.atlasobscura.com/articles/secret-libraries-of-chicago

In Praise of Libraries
http://therotarianmagazine.com/in-praise-of-libraries/
Posted by Book Calendar at 8:06 AM 0 comments

On the way to work, I read some more of Waking, Dreaming, Being.  There is a section on the classic narrative of the Butterfly Dream of Zhuangzhi.

I checked the Twitter and Facebook for the library this morning.  I also checked the gift books and the displays.  Next week, I will work on a Women's History Display.

I spent some time requesting flyers for events.  We have a graphic artist who standardizes all our flyers now. I also registered for the Latino Americans: 500 Years of History Grant.  I cut and paste the grant narrative into Microsoft Word so I could write it up separately and edit it before I put in the full application.

I also have a little more to work on with the Gale Virtual Reference Library which was purchased focusing on job, career, and business information.

I spent some more time looking at different collection policies from around Westchester County. 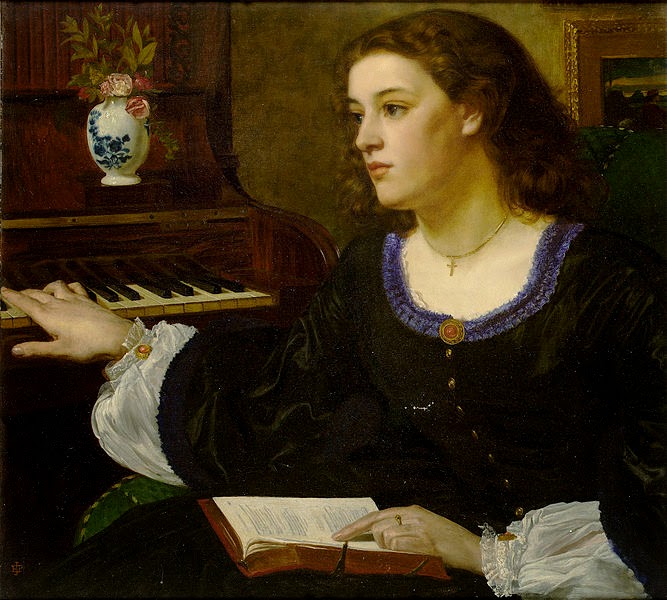 I checked the Twitter and Facebook for the library this morning.  I also checked the displays and the gift books.  Next month is Women's History Month.

I spent some time looking at a grant for Latino culture from the American Library Association.

We have a new set of Career, Business, and Job E-books from the Gale Virtual Reference Library.
http://go.galegroup.com/ps/start.do?p=GVRL&u=nysl_me_mtvernon&authCount=1

We are working on some other databases to add to the library website.  We are adding Flipster which is a magazine service to the website.

The Book Club met from 1:00 p.m. to 2:30 p.m. to discuss the book Behind The Dream The Making of the Speech That Transformed the Nation by Clarence B. Jones.  It was an interesting discussion. There was some discussion of Martin Luther King's role as a Baptist minister. Th next book being discussed will be The Second Machine Age, Work, Progress, and Prosperity in a Time of Brilliant Technologies by Erik Brynjolffson and Andrew McAfee.

On the way home, I read some more of Waking, Dreaming, Being.  It was interesting seeing some material on Sigmund Freud and Friedrich Nietzsche's views on dreams.  Right now, I am reading about hallucinations and the imagination in dreams.

Christie's Most Famous Mystery Solved At Last
http://www.theguardian.com/uk/2006/oct/15/books.booksnews
Posted by Book Calendar at 5:20 AM 0 comments 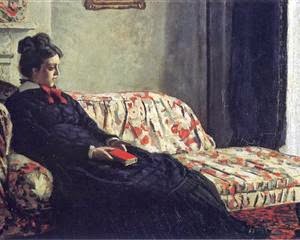 I worked a bit on the orders for next week.  There is a new book called Elon Musk: Tesla, SpaceX and the Quest for a Fantastic Future by Ashlee Vance which is an authorized biography coming out on May 19, 2015 which I am hoping to read.

I also spent a little more time working on Bookletters.  I created a list of Overdrive Advantage titles for Bookletters  for our library.  I also did a little work on scheduling programming.

I also am getting some feedback on how to improve our mailing list from other staff members.

The computer class list is ready for March.  I have some sign up sheets which I need to add for Monday.

On the way home I read some more of Waking, Dreaming, Being.  I am reading about dreaming.  There is quite a bit about the hypnagogic state between waking and dreaming as well as lucid dreaming.   Evan Thompson cites Jean Paul Sartre's book, The Imaginary.

Homeless People Need Libraries, and Libraries Need Them Too
http://news.yahoo.com/homeless-people-libraries-libraries-them-too-191906544.html;_ylt=AwrBEiScge5UxW8ANgTQtDMD 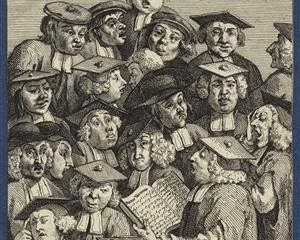 Scholars at a Lecture, William Hogarth

I have a copy of Forecast to read through.  I also have been updating the Bookletters section of the website.  Part of it is adding more emails to the e-blast.

I placed an order from Content Reserve for e-books today.

Another person came by to pick up some chapbooks from the Mount Vernon Poetry Workshop.

I spent some time working on the computer class schedules for March.  I printed out some sign up sheets for classes.

A bit on the book club choice on Thursday.
http://mountvernon.dailyvoice.com/events/mount-vernon-library-book-club-discusses-book-i-have-dream-speech

On the way home, I read some more of Waking, Dreaming, Being by Evan Thompson.  The book is very contemplative.  There are new words and ideas like neurophenomenology.  I am reading about how measuring consciousness which can be described as both a qualitative and subjective internal state does not work easily with science which is focused on the material world and objective reality.  The ideas are meditative in their quality, but questionable in their underlying view of reality.  I don't understand a lot of it.  However, the writing is excellent and that makes up for my lack of understanding.

Posted by Book Calendar at 4:04 AM 0 comments

I checked the library Twitter and Facebook this morning.  I also read some more of Waking, Dreaming, Being on the train to work.  I am reading about how meditation changes awareness over time.

I checked the displays this morning as well as the gift books.  I put aside a few books to be added from the gifts like Mere Christianity by C.S. Lewis and As A Man Thinketh by James Allen.

I spent some time working on scheduling for the computer classes.  I also am working on my programming schedule. 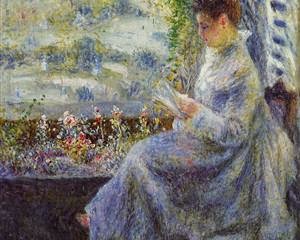 I checked the library Twitter and Facebook this morning. I also did a little more with Mailchimp.

I read some more of Waking, Dreaming, Being.  There is some information on the philosophy of phenomenology which mixes in with the neuroscience and buddhist and yogic descriptions of consciousness.  All of these things are compared against each other which makes very curious and sometimes unique reading.  There are areas of yoga, like the yoga of dreams which I have never heard of before.   It seems like an original approach to understanding human consciousness because of the syncretism.

Every Library and Museum in America Mapped
http://www.citylab.com/tech/2013/06/every-library-and-museum-america-mapped/5826/
Posted by Book Calendar at 1:23 PM 0 comments

I checked the Twitter and Facebook for the library this morning.  I also did a few things with Mailchimp this morning.

Last night, I started reading Waking, Dreaming, Being Self and Consciousness in Neuroscience and Meditation  by Evan Thompson.  This book is very syncretic it combines eastern philosophy and religion with neuroscience and meditation.  Recently some of the practices from Buddhism have been separated out from their religious context, specifically cognitive therapy.  This is challenging philosophically.  The book also covers how science studies meditation.  Right now, I am reading about early accounts of the concept of self.

I watched the film, Guns, Germs, and Steel which is a documentary hosted by Jared Diamond the author of the book which won the Pulitzer Prize.  It is a three dvd set published by National Geographic Society.

I spent some time talking with a consultant about a planned survey for the library.

The Healing Power of Libraries
http://arts.gov/article/healing-power-libraries

Posted by Book Calendar at 5:07 AM 0 comments 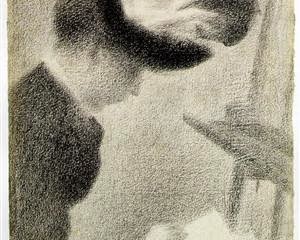 On the way to work, I finished reading Karen Memory by Elizabeth Bear.  The story really picks up towards the end.  It brings in the classic steampunk technologies of mesmerizing machines, submarines with rams, and airships.  There is even one scene with a steampunk circus which was fun to read about.  There is also a very diverse cast of characters which makes for a good story.

I was at work today.  I checked the gift books and the displays.  There is a new art exhibit for African American art in the rotunda called Liberation: A Celebration of Black History Month.

I also spent some time doing orders for next week.  I checked on a few programs that happened while I was out.  The crochet program went well.

We are working on the computer class schedule for March and April.

I also have to work on creating some committees to write a new Collection Development Policy and work on the website.

The book, Waking, Dreaming, Being Self and Consciousness In Neuroscience, Meditation, and Philosophy by Evan Thompson came in for me to read.  I am also looking at the book 'Til Greencard Do Us Part by Seymour Horatio who is a local author.

Elon Musk Is Getting $3.5 Million to Write A Book About Earth and Mars
http://www.businessinsider.com/elon-musk-is-getting-35-million-for-a-book-2015-2
Posted by Book Calendar at 5:12 AM 0 comments 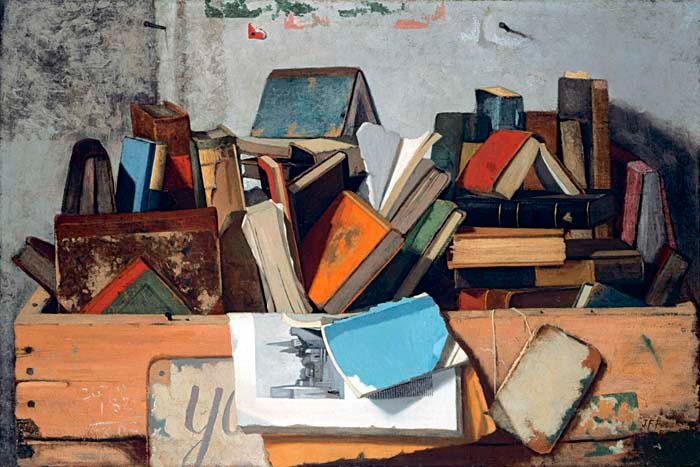 I also spent a little time thinking about programming and the survey.

I finished reading The End of Power by Naim Moises.  I think it is more of a book about changes that are occurring now than power.  It is about how institutions have different constraints because of changes in technology, society, and learning.  The end is a reminder that because the world is changing ordinary people need to be more part of the political process and participate more in society.  An excellent book on changes in how the way the world works.

I enjoyed reading Cat Out of Hell by Lynne Truss.  I liked the dark humor that turns into disorientation and a bit of madness in the end.  The cats were very well described.  A nice mix of horror and oddball humor.

I am reading Karen Memory by Elizabeth Bear. It is steampunk fantasy.   The main character, Karen Memery works in a bordello which is licensed as a seamstress shop.  The villain of the novel runs a dockside prostitutes house where he mistreats the ladies.  Streetwalkers are dying and Bass Reaves a lawman has come into town to seek the culprit who he has tracked from Indian country.  I rather like how the clockwork automatons are described.  They seem to draw a lot from Singer sewing machines, pocket watches,  and old mechanical toys.