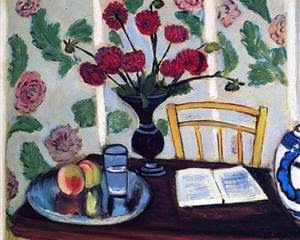 I checked the library Twitter and Facebook this morning.  I also read a little bit on forthcoming new books.

I read some more of The End of Power.  Naim Moises is writing about changes in warfare.  Warfare is becoming more asymmetric with more terrorism, guerrilla warfare, and other irregular forms of war including cyberattacks, economic disruption, and political recruiting.  These are much cheaper to do, require less capital, often use technology that is available to civilians and make it hard to differentiate between civilian and military actions.  It is a serious change in how war and struggles for power are conducted.

I also started reading Cat Out of Hell by Lynne Truss.  I rather like that there is a talking cat in this book who can also read.  It makes for a lot of humor.

'Where are the Libraries?' The Literary Radical Fighting Sudan's Crackdowns


In the Brain, Silent Reading is the Same as Talking to Yourself

Bookniture-- Furniture Hidden Inside A Book
https://www.kickstarter.com/projects/1985945130/bookniture-furniture-hidden-in-a-book?ref=HappeningNewsletterFeb1115
Posted by Book Calendar at 11:27 AM