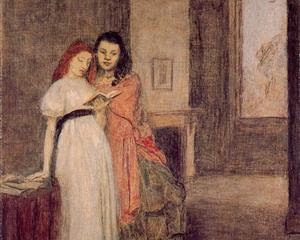 I have been reading more of The Whispering Storm today.  It is very much a book about the 1960s.  It touches on the sexual revolution, alternative lifestyles, drugs, writing and fantasy.  Some parts of it are more than a little uncomfortable.  Michael Moorcock comes across as being pushed past his limits at points.  He hears a constant buzzing when Alsacia draws him to its locale. This buzzing cannot be numbed with drugs or distance.   At points, the book veers between everyday reality and a kind of alternate reality infused with otherness.

I also recognize many unique mystical, psychic, and odd theoretical physics events which occur in the book.  There is a cosmolabe in the book which is an instrument used to measure the heavens.  In the ancient world, a cosmolabe was used for both astrology and astronomy.  Michael Moorcock also the uses the word brane to describe the seemingly different realities which happen in Alsacia. Brane is a term in physics from the many worlds theory of quantum physics for the separator between different possible realities.  Michael Moorcock is describing an experience and a place in Alsatia which is very much on the edge of reality in terms of  culture, physics, mysticicism, and psychic phenomena.  It seems to be both metaphorical and an amalgam of different places in history and in his life.

This reminds me of some of the eternal elements which Michael Moorcock uses in his fantasy writing.  Elric of Melnibone, one of his most popular characters is an aspect of the eternal champion and at points seems to exist outside time and space.

Michael Moorcock is also writing about Fleet Street where he worked and published his books and magazines.  Large parts of the Fleet Street publishing businesses have moved elsewhere.

Fleet Street is in a way like Book Row where there used to be many bookstores in Manhattan.  All of the bookstores in Book Row have moved away.  Part of this book is about impermanence and memory.

Posted by Book Calendar at 7:11 AM