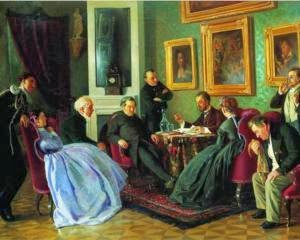 On the way to work, I read a bit more of Orfeo.  I rather like the main character who is doing hobby biology research is accused of being a bioterrorist and goes on the run.  This is rather ironic.

This morning I checked the displays and the gift books.  February is African American history month so I spent some time changing the monthly display.

We had a meeting this morning to discuss the children's portion of the website.  We are going to make some adjustments soon to the website.  It is a work in progress.

I also spent some time talking to Linda Tarrant-Reid who is doing a slide presentation on her book, Discovering Black America on February 6, 2014 from 6:00 p.m. to 7:30 p.m..

I did a little more work with the oversize books today.


America’s Libraries are a Rung on the Ladder of Opportunity
http://www.ala.org/news/press-releases/2014/01/america-s-libraries-are-rung-ladder-opportunity
Posted by Book Calendar at 10:38 AM 0 comments 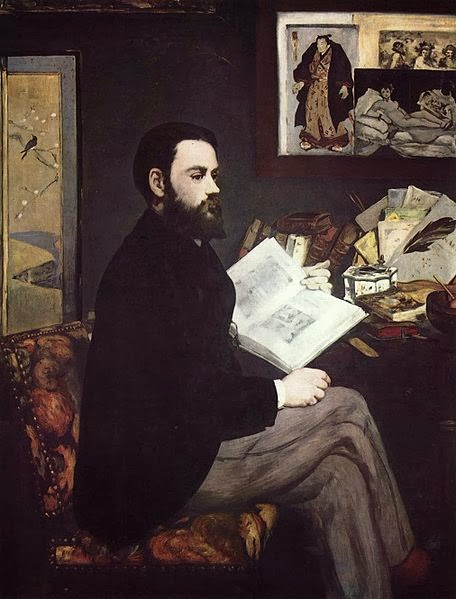 I took a few days off to rest.

This morning, I checked the Twitter and Facebook for the library. I also checked the displays and the gift books.  There was a photo shoot at the library for library marketing.  A variety of patrons got photos taken as well as staff.  I had my photograph taken next to the new books section.  We are starting a budget campaign in February.  There is a new catch phrase for the logo, "Where Opportunity Awaits".

I did an order of bestsellers.  We also got a nice donation of new books to be added.  On Friday, the displays change from National Financial Health Month to February is Black History Month.  There is also a display for Chinese new years which is this weekend.  It is the Year of the Horse.

The book Orfeo by Richard Powers came in for me to read.  I have a copy of the Times Literary Supplement and the New York Times Book Review to read.

I had a meeting with my colleague and the director.  We are focusing on weeding, updating the website, and adult programming.  I have a very solid idea of what we are planning for the Summer Reading Program and the displays already.  These are consistent each year.

There has been a lot of construction lately.  They are redoing the treads on the entryway stairs right now.

On the way home, I read some of Orfeo by Richard Powers.  The main character is a musician steeped in classical music.  He is a clarinetist which matches well with the idea of the tragedy of Orpheus.  There is also a bit of tragedy in the opening of the book with his dog dying.  It is a bit different.  I am reading commentary Mahler, Stravinsky,  and Beethoven not something I normally do.  Even though it is literature, it creates a break from the literary mood. 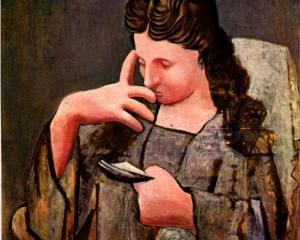 Last night, I did not get home until very late because of the cold.  The signals for the trains failed for two hours.  This gave me a lot of time to read Strategy A History which is a big book.  Some key points that came across were in warfare strategy is often about deceiving the enemy, in politics it is about never stopping campaigning for position, and in business it is about control and profitability.

This morning, I checked the gift books and the displays.  I also checked the social media for the library.  I read the latest copy of Forecast from Baker and Taylor.  The book No Place to Hide: Edward Snowden, The NSA and the U.S. Surveillance State by Glenn Greenwald looks interesting.  It is coming out in April with an initial print run of 150,000 copies.  The book Teach Yourself Visually Raspberry Pi by Richard Wentk also looks like something which our patrons will be interested in.  I like the Teach Yourself Visually series.

I spent a little time looking through the holiday books.  I also printed some more flyers for programs.

Right now, I am drinking some tea.

I did a little weeding today in the oversize books.  I also spent a little time sorting through my desk.

10 facts about Americans and Public Libraries
http://www.pewresearch.org/fact-tank/2014/01/24/10-facts-about-americans-and-public-libraries/
Posted by Book Calendar at 10:37 AM 0 comments 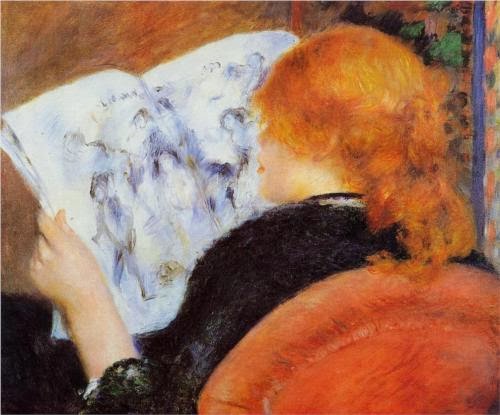 It is very cold outside right now. I checked the Twitter and Facebook for the library this morning.  I also checked the displays and the gift books.  Sometimes, the cold affects who can come to programs.  One of our older patrons asked me to reschedule the book club for next week, she could not come because of the icy streets.

I did a bit of weeding in the oversize books.  I also assigned a colleague to do some weeding in the adult biography section.  I told a few more people about a photo shoot of library supporters on January 29 and January 30.

I read through an issue of the New York Times Book Review and Publishers Weekly.  I am looking forward to reading Jeff Vandermeer's book Annhilation.

I spent some time updating the Bookletters Widget on the library website for recommended books.

I spent a little time looking over the adult graphic novel section.

Space is Flexible (and Full of Light)
http://webjunction.org/news/webjunction/space-is-flexible.html 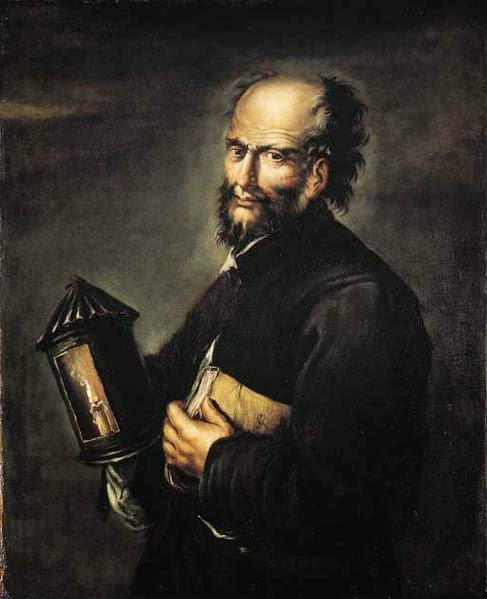 I checked the Twitter and Facebook for the library this morning.  I also checked the displays and gift books.  It has been snowing a lot lately so people have been out.  I have been spending extra time on the reference desk, not something I spend a lot of time writing about.

I have a copy of the New York Times Book Review to read today.  I am also covering the computer lab from 2:00 p.m. to 4:00 p.m. today because the person who is here normally is out.  I helped someone apply for a number of different jobs.

I tried to run the book club today, but not as many people are coming in because of the weather.  I ended up talking to a variety of patrons about the library and recommending a few of them come to a photo shoot on January 30 and January 31 to represent the library.

I read the latest copy of the New York Times Book Review and placed What W.H. Auden Can Do For You by Alexander McCall Smith on hold. 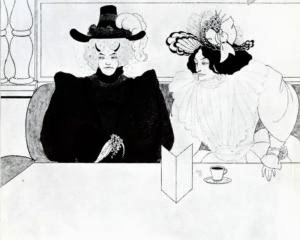 This morning, I checked the Facebook and Twitter accounts for the library.  I also placed an order for bestselling books.  I spent a little time talking to the librarian who I supervise now.  We are closing early today because of inclement weather.  We are ordering a bunch of copies of Having Our Say The Delany Sisters' First Hundred Years because there is a program on February 8, 2014 about them at the library.

I had to call staff to let them know we were closing today at 1:00 p.m. due to inclement weather.  I am going home early.

Why Are Executives Jumping Ship at Barnes and Noble Nook Unit
http://www.forbes.com/sites/jeremygreenfield/2014/01/18/why-are-executives-jumping-ship-at-barnes-nobles-nook-unit/?et_mid=656853&rid=240836703

Now might not be a good time to buy a Nook.
Posted by Book Calendar at 9:52 AM 0 comments 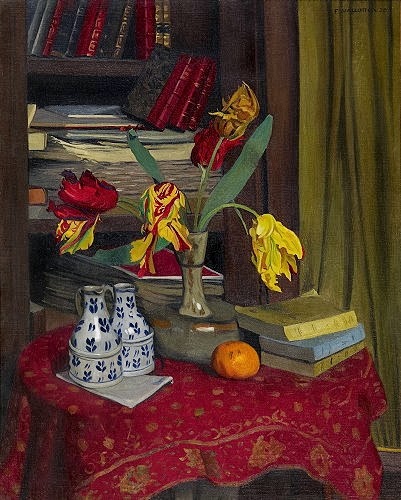 This morning, I checked the Twitter and Facebook for the library.  I also checked the displays and the gift books.  I did a little weeding in the oversize books as well.

One of our tech people showed me the demonstration model for the 8750 public access catalog today.
It looks a little bit like this. http://whiteplainslibrary.org/2012/11/our-new-low-cost-experimental-online-catalog-pc/

I spent a little time talking with colleagues about the website and how we plan to work on it.  I am going to be spending a little time with the children's department and the teen department next week on this.

I ordered some pamphlets and bookmarks from http://consumer.gov   for consumer protection information.

Another article about the Mount Vernon City Budget


Fair Use Necessary Exceptions for Libraries and Educators
http://www.districtdispatch.org/2014/01/fair-use-necessary-exception-libraries-educators/
Posted by Book Calendar at 8:44 AM 0 comments 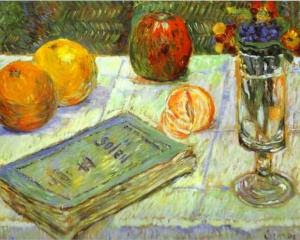 On the way to the E-book Committee meeting, I read a little bit more of Strategy A History.  I am reading about strategies for social change right now.

This morning, I went to Westchester Library System for the E-books Committee.  We discussed the different digital media products like Total Boox, OneClickDigital, and Overdrive.  We have the Overdrive Advantage program which allows us to buy additional e-books for our library.

We discussed a few new products like Comics Plus Library Edition http://iversemedia.com/library-details/ as well as the Overdrive Kids e-Reading Room http://www.overdrive.com/products/ereading-room/

In the afternoon, I came back and checked the displays and the gift books.  The new urban fiction books are going out very quickly.  I made a few adjustments to the new display.

I read a little bit more of Strategy A History on the way home.  Some of the concepts are interesting.  I never thought of Allen Ginsberg as much of a political figure.  I also liked John Maynard Keynes concept of the march of events changing politics more than planning of any kind.  For example, the invention of radio, or the Copernican revolution in science remakes the world.

I also talked to a number of different people about arranging for different library programs like a nonfiction book club and printed a variety of flyers which were posted around the library.  I also spoke to a local musician about a program as well as a gentleman who did a diabetes walk. There was a lot to think about.

Most of my day was focused on programming and displays.

Feds Can’t Enforce Net Neutrality, What This Means For You
http://www.npr.org/blogs/alltechconsidered/2014/01/14/262454310/feds-cant-enforce-net-neutrality-what-this-means-for-you
Posted by Book Calendar at 2:43 PM 0 comments 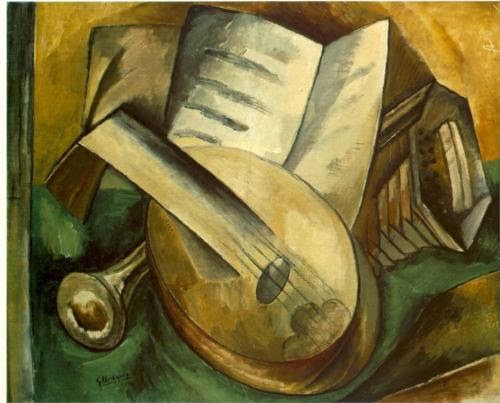 This morning, I checked the Twitter and Facebook for the library.  I took a day off to relax on Monday.  This morning, there was a staff meeting.  There is going to be a new campaign to support the library, grandma says.  We discussed various internal issues like putting in a new table in the staff lunch room, new signage, and shelving.

This morning, I checked the displays and the gift books.  I also worked on flyers for programs.  One of the staff is starting full time as part of my department.  I also did some ordering of bestsellers and patron requests this morning.

Should Books Be Sold
http://www.worldliteraturetoday.org/2014/january/should-books-be-sold-ilan-stavans#.UtV1IUoo61t
The idea of product placement inside novels is a bit annoying.  Does your character drink Coca Cola or wear Gucci?  I would rather have made up brands than the real thing.

Posted by Book Calendar at 9:17 AM 0 comments