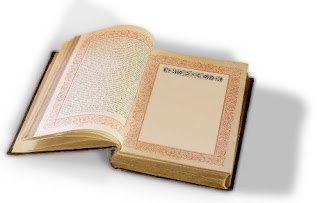 I have been going back and pulling my old reviews and slowly adding them to my book review list.  I finished adding September of 2009 today.  Each day I will do a little bit until I am done.  I found out I am listed in a blog search engine called http://www.tamazu.com/  It is giving me a lot of traffic from their literature section.


I did not get a huge amount of reading done today.  I made a few adjustments to this blog.  I added some metatags which were not there before after the header using Google Adwords to pick out the right words.  I also watched The Bourne Ultimate on dvd.  This was a book by Robert Ludlum before it was a movie.  Robert Ludlum's books are very popular.  It reminds me a little bit of James Bond except for without all the gadgets and silliness.  It was fun to watch. I have also been watching the Star Wars Clone Wars cgi cartoon which I am finding enjoyable as well.  People who read a lot also tend to watch a lot of media.  There is a term that is now part of the library profession called visual literacy.


Joe Wikert on his Linked In feed mentioned a book coming out on Kindle in September called I Live in the Future and here's how it works by Nick Bilton.  It looks fascinating.
Posted by Book Calendar at 5:18 AM