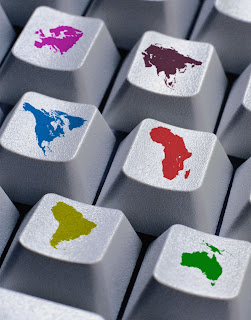 Sometimes things are a bit tense.   Six people have been offered retirement packages.  There is no way to know if people will take them.  There are added years of service but no additional severance being offered.  With this comes a statement about peace of mind.  Apparently, this is in preparation for further budget cuts from the city.  There is a lot of hearsay flying around so I don't know the exact figures being given.  The final budget for the city is being prepared.  I could guess that we will experience another round of reduction in force, possibly with deeper cuts than before.  It is tiring and uncertain.  Currently the library is $400,000 in debt which is 10% of our current budget.  An easy way to say this is that the city has no money and it is very likely there will be considerable additional cuts.

We will be having a book sale in November on November 5th and 6th to raise money for the friends.  This usually brings in a couple of thousand dollars in total.  It also generates a lot of goodwill.   There is also the annual gala which is going to be hosted in the library on Thursday, November 11, 2010.   It is put together by the library foundation. Tickets are $50.  The foundation raised $20,000 for the childrens room last year.  Hopefully, they will do better this year.  In addition, there is the donation form on the library website.  But, it probably will not be enough.

It would be nice to see a larger donor step up to the plate and for corporate sponsorship to happen as well.  We have had the Women's Enterprise Development Center, the African American Chamber of Commerce, members of the Chamber of Commerce come in to do programming, and will soon have SCORE counseling.  We also plan on working on a separate small business collection.

I spent some time looking for leads early in the year for prospects and the library recently updated our email list by over a thousand people.  It might help a little bit.

It leads me to thinking about my own future.  I have to consider different options.  The economy is in fairly bad shape. I'll probably be going to Thinking Outside the Library: Non-traditional Careers for Information Professionals  http://mysite.pratt.edu/~sla/ .  There are other programs as well.

My watch band broke so I had to go and get it fixed. I took the bus downtown because it is very hard to find parking without paying. I read some more of The Story of Stuff. She is describing problems of countries which rely on mining, oil, and other extractive resources. Because these pay for the government and the citizens often don't, there are problems. It is interesting enough. Once again, though, she annoyed me by saying we could just use wind and solar to power our future. Wind, solar, solar towers and concentrators, biodiesel and other biofuels, geothermal, run of the river hydroelectric, wave generators like pelamis, waste to energy like plasma gasification, highly energy efficient devices, and advanced energy storage devices like flywheel energy storage together might completely power our future but not just wind and solar.
Posted by Book Calendar at 9:54 AM