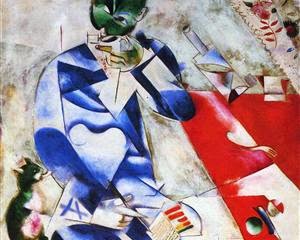 The Poet or Half Past Three, March Chagall, 1912

I checked the gifts and the displays this morning.  I also spent some time on scheduling.  I finished checking for books that are listed as missing with holds on them.


In addition, the book, Unbroken by Lauren Hillenbrand came in for me to read.
I read a copy of the New York Times Book Review.  I did a little work with Bookletters.  I have some more to do tomorrow.

I started reading Unbroken.  It is the story of Louis Zamperini an olympic runner and bomber crewman during World War II.  I learned that the 1940 Summer Olympics were canceled due to the outbreak of war and were originally planned to be held in Tokyo, Japan.

What Kids Are Reading
https://www.learnalytics.com/wkar/