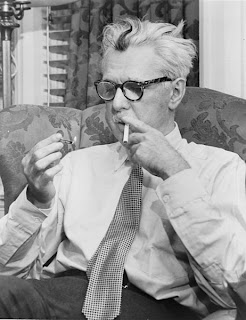 
This morning, I read some more of Damon Runyon A Life by Jimmy Breslin.  Damon Runyon reported on sports and crime.  Damon Runyon was known for  gangsters like Meyer Lansky, Monk Eastman, and Owney Madden.  He tried to paint a colorful picture of New York.  Jimmy Breslin's writing reads like a tall tale dug out of old newspaper files and in person conversations.

Today was a fairly busy day.  I checked the Twitter and Facebook account, made sure the displays were in order, and spent some time on Lynda.com studying Drupal 7 and Microsoft Word 2007.  I also did a little bit of weeding in the mezzanine.

There was the Westchester Library System Job Club in the morning where a career counselor spends time helping people in the computer lab from 10:00 a.m. to 1:00 p.m.

I got my pass for New York Comic Con in the mail today.  I am very much looking forward to it.

There was also a reception and book signing for Who Stole Public Schools From the Public? by Claudia Edwards.  The reception was very well attended. The book was focused on reforming the local school system.  The program ran from 5:00 p.m. to 7:00 p.m. http://www.claudialedwards.com

Posted by Book Calendar at 8:42 AM

Labels: damon runyon a life, who stole public schools from the public