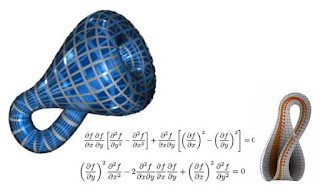 I spent a few minutes looking at http://www.everylibrary.org which is a group that helps with ballot initiatives for libraries.

Mount Vernon Council Reaches Budget Deal.
http://www.lohud.com/article/20130103/NEWS02/301030037/Mount-Vernon-council-reaches-budget-deal
The idea of creating a commission in February is a little perplexing to me.

It is interesting that there is a discussion of reform at the library.

I read some more of How to Create a Mind by Ray Kurzweil.  Ray Kurzweil mentioned something about collaborative intelligence; it reminded me of something I learned about at the Big Data Business Meetup in New York.  http://www.technologyreview.com/news/429118/artificial-intelligence-powered-by-many-humans/   Artificial Intelligence Powered by Many Humans.  Another example of this is Crowdsourcing Big Data http://istc-bigdata.org/index.php/crowdsourcing-big-data/

What is happening in Big Data is truly fascinating.  The crowd sourcing part is not a new idea, Google uses a system called EWOQ where it cleans and rates it searches with quality raters. http://www.searchenginejournal.com/how-does-google-use-quality-raters/37413/
I find this kind of thing very interesting.

One particular idea that comes up occasionally when I think of big data is a system for identifying books which a person might like based on what they have read previously using very big data sets.
I joined the NYC Data Business Meetups and am going regularly but still have not figured out why.  Big data seems to crop up regularly lately in my readings. http://www.meetup.com/NYC-Data-Business-Meetup/

I am not quite sure where I fit in all of this.  I am not a data scientist or a developer.  It is more of being an interested bystander.

Beyond the Headlines: E-books in Libraries of the Future
http://www.digitalbookworld.com/2013/beyond-the-headlines-e-books-in-libraries-of-the-future/

Ebooks, Human Rights, and Social Justice
http://informationactivist.com/2012/04/09/ebooks-human-rights-and-social-justice/
There is another side to this.  Although, there is some focus on the public domain, there really has not been a solid educational initiative to bring classic out of copyright e-books to the classroom.  This needs to be done on a national scale.

Posted by Book Calendar at 9:14 AM