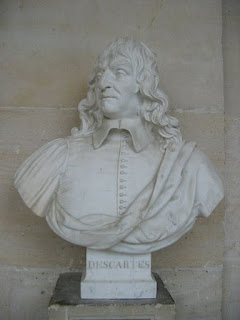 This morning, I checked the Twitter and Facebook for the library.  The library's career counselor is back today.  I also checked the displays and the gift books.  I have a copy of Library Journal to read.  The book, The Case for Mars The Plan to Settle The Red Planet and Why We Must by Robert Zubrin with Richard Wagner came in for me to read.    It is the updated version.

The library has the computer classes tonight.  There is also a book signing by Lori Waselchuk for her book Grace Before Dying in the library Rotunda Gallery from 6:00 p.m. to 8:00 today, Tuesday, January 15, 2013.  There is also a toiletries drive for Westhab for soap, shaving cream, shampoo, and disposable razors from January 14th to January 18th.

I started reading Robert Zubrin, The Case for Mars .  The author is describing a case for manufacturing oxygen and fuel on mars so less fuel and oxygen will be needed to carry to the planet.  He is also making an argument on how to have all the explorers provided with food and supplies at their destination by sending supplies ahead of time.  It is a kind of live off the land strategy.  There are also more long term plans based on building inflatable greenhouses, wind towers, and solar panels.  The plan is called Mars Direct.  http://www.marssociety.org/home/about/mars-direct  It is very optimistic in its approach.

A recording of one of the New York City Data Meetups which I went to.
http://mattturck.com/2013/01/15/joseph-turian-sqrrl-infochimps-and-memsql/

I rather like Big Data because it deals with massive amounts of data.  It has the same kind of interest to me as the hidden web or the deep web which is the layer of information under the immediate surface web which contains databases, forums, and other sources complex information.

I really don't think librarians understand the full implications of Big Data.  It is things like crowd sourced intelligence which are going to come up and catch librarians completely by surprise.  This is a case of a trend approaching which is too fast for many people to even react to.

Artificial Intelligence Powered by Many Humans
http://www.technologyreview.com/news/429118/artificial-intelligence-powered-by-many-humans/
Posted by Book Calendar at 10:52 AM