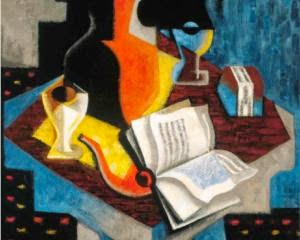 On the way to work, I read s little bit more of Supersurvivors.  The book is writing about coming back from post traumatic stress and head injuries and why some people do better.  I also read a little more of The Warmth of Other Suns.  The book takes it title from a quote by Richard Wright.  It is about the migration from the countryside in the south of African Americans to other parts of the United States.


Our computers are being updated today which limited what I could do in the morning with computers.  I checked the displays, the gift books, and spent some time moving books in the oversize section.  It is part of a larger shifting project to make the shelves a little more manageable in the adult nonfiction.  Our circulation is starting to rise.

I have been reading through copies of Publishers Weekly.  Something that caught my eye is The Roman Guide to Slave Management: A Treatise by Nobleman Marcus Sidonius Falx by Jerry Toner.  It will probably be a cruel book.  It focuses on people captured in military campaigns.

I placed the book, Acceptance which is the final novel in the Southern Reach Trilogy by Jeff Vandermeer on hold.  The first two books were intriguing weird tales.  I also put the book The Marshmallow Test Mastering Self Control by Walter Mischel on hold.

William Gibson has a new novel coming out in October called The Peripheral.

I have been going through a pile of Publishers Weekly, Booklist, Ingram Advance, and Baker and Taylor Forecast magazines.


I am interested in maybe attending a few sessions of The Digital Shift Libraries @ the Center
http://www.thedigitalshift.com/tds/libraries-at-the-center/
Posted by Book Calendar at 11:19 AM