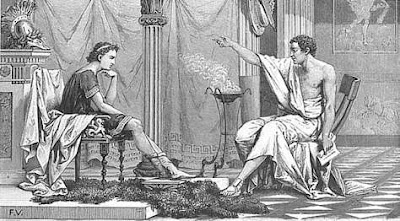 I am on vacation right now. I went to Barnes and Nobles and bought a paperback science fiction book, Ariel by Steven R. Boyett. It is a postapocalyptic fantasy novel. Magic comes comes back and all the electricity and gunpowder stops working. It is entertaining so far. I'll probably donate it to the library where I work when I am done with it. I don't keep most of the books I read.

I watched a little bit of 2001 A Space Odyssey on dvd. It is interesting watching it. Before, I did not realize there were no ethnic cast members. Russians, Europeans, and Americans are represented in this film so far. The film has a very anglophile feel to it. The story is still excellent and the cinematography is beautiful.

I finished reading Ariel this afternoon. It is a fantasy novel about a young man who becomes attached to a unicorn. The villain wants the unicorns horn and Peter Garey must protect the unicorn. There is a theme of virginity and coming of age in the novel.

It is also a travel novel. The hero travels on a quest to get to a postapocalyptic New York where the villain resides. Gunpowder does not work, nor does electricity. This is a deus ex machina where the characters fight with swords and bows in a postapocalyptic world.

The author includes an afterword which describes his experience writing the novel and submitting it for publication. The novel was originally released in 1983 and is being rereleased in 2009. It was the authors first novel. There is going to be a sequal released in November. The story went quickly with lots of action, especially swordplay.

I am still reading Peter F. Drucker The Practice of Management. This is not an easy book to read. There is a lot of very deep thinking involved. A lot of the ideas in the book are eye opening and different than what I am used to. I like a quote of Andrew Carnegie's epitaph on his tombstone, "Here lies a man who knew how to enlist in his service better men than himself." The epitaph which was at the beginning of Chapter 13 in the Practice of Management. I will read a little bit of it every day until I am finished.
Posted by Book Calendar at 7:33 AM

I read kabul beauty school, which was great,
paint it black, good, and reading nature girl now which is good
youre the best

Thanks Shea it is nice to see you stopping by.