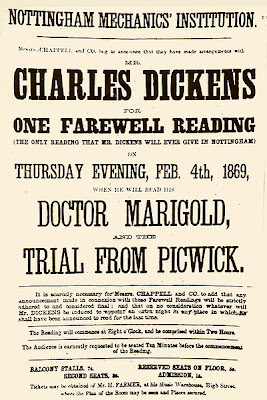 Based on my wanderings through the interweb, I found out that China Mieville has a new book coming out in June 2010 called Kraken. An urban fantasy about a giant squid. I wonder what he is going to do next.

There are also many self publishing options that allow people to easily cut out the middle man. Companies like http://www.lulu.com/ and http://www.smashwords.com/ are growing in popularity. On our end we are getting many more local authors coming into our library wanting to have their books added or do readings. Big publishers are less and less willing to support author tours. It has become easier for us to look for authors websites on the internet and ask them to come to our library than for us to go to publishers.

Many of these authors are self published. It is kind of exciting to have a local poet come in and read from their book. Some of the work is better than expected because a lot of people who might have been previously published by the big houses are finding it hard to get there.

In addition, there are experiments with print on demand at the bookstore level. Some bookstores have even used The Espresso Book Machine as a tool for print on demand for local authors. I see print on demand continuing to expand and create new opportunities for authors much quicker than ebooks.

This morning we had our reference sharing meeting where we discussed different reference books. I discussed Writers Market 2010 which is a good basic tool on where to submit material to get published. Another person discussed the Library of Congress Subject Headings for religion.

We also looked at several internet sites. The head of reference discussed the Internet Archive first going to the wayback machine, then looking at several different things in the archive including a recording of PT Barnum's voice, a Libri Vox recording of Jane Austen's Sense and Sensibility, a song from a Grateful Dead Concert, and the short cartoon Sergeant Snafu.

Another site discussed was http://511ny.org/ which monitors traffic and public transportation around New York. If you know how to look, it can help spot speed traps and traffic cameras. There was also a mention of http://thomasnet.com/ which is the Thomas Directory of manufacturers online. Thomas now has cad drawings online. Finally, if you are looking for a genealogy expert, you can go to Ancestry.com and get experts for a fee through their website. http://expertconnect.ancestry.com/Home.aspx .

On the way to work I read some of Choosing Civility by P.M. Forni. The first maxim of the book is to pay attention, and the third maxim is to listen. These always seemed to be two of the most important things to do in life. Without attention you can't learn anything and not listening leads to lots of mistakes.

I am looking at a rather silly book, Boilerplate, History's Mechanical Marvel by Paul Guinan and Anina Bennett. They built a man sized robot model of a clockwork robot and took pictures of it. It is a rather silly looking thing. It is very much like Frank Reade's Steam Man of the prairies in a more modern version. There is a website with images. http://www.bigredhair.com/boilerplate/index.html

The clockwork robot has been photoshopped into a variety of historical images from all over the world. These are mostly from the late 19th century to the beginnings of World War I. There are pictures of the robot with Pancho Villa, Theodore Roosevelt, Buffalo Bill and other famous persons. Also, there are images from historical events; The Boxer Rebellion and the Russo Japanese war.

It is a mashup with pictures taking old images and adding new technology to create a different kind of book.

Posted by Book Calendar at 4:29 AM