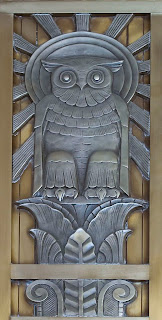 On the way to work, I finished reading Boomerang by Michael Lewis.  The last chapter is about economic failure in California.  It has bits on Arnold Schwarzenegger as well as some thoughts on the bankrupt city of Vallejo, California.  The book shows how the financial crisis in Europe has come back to haunt the United States.

I also read a little bit more on the Kindle Touch.  I decided to pass on the ebook Practically Radical by William C. Taylor.

I started reading The Night Circus by Erin Morgenstern.  It is a fantasy with a lot of style to it.

The book Tony Wheeler's Badlands A Tourist on the Axis of Evil came in for me to read.

The Computer Lab is open from 2:00 p.m. to 4:00 pm. today.  I downloaded a few more  ebooks for the Kindle that are free, The Art of War by Sun Zi, The Autobiography of Benjamin Franklin, Wired to Care How Companies Prosper When They Create Widespread Empathy by Dev Patnaik, and Don't Know Much About Mythology by Kenneth C. Davis.   Kenneth C. Davis will be at our library on December 12, 2012 from 6:00 p.m. to 7:00 p.m.  http://www.mountvernonpubliclibrary.org/KenDavis

The book, The Ecotechnic Future by John Michael Greer came in for me to read.  It should be quite interesting.  I also helped another person on the Kindle Fire today to show them how to download ebooks from the Digital Media Catalog.  More people are coming in to ask about this.
There is a City Council Hearing on the Budget going on right now on January 11, 2012 at 7:00 p.m.  If I was not working I would be there right now.  http://cmvny.com/2012/01/09/adopted-budget-2012/

Posted by Book Calendar at 9:49 AM