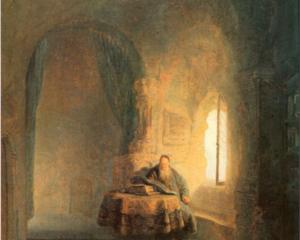 I have been on vacation for a while.  I took a break from blogging and did some extra house cleaning, spent some time home, and watched the landlord put in part of a new electric heating system.  I did not get a lot of reading done.  I read some of Night Film by Marisha Pessl.  It touches on the edges of reason, with a bit of horror, irrationality, and madness throughout the book.  Rather than a detective story, the story is one of a rather gonzo investigative journalist looking into the suicide of the daughter of a reclusively strange horror film producer.  The story is bizarre, sits on the edge of the reason, and includes things which are almost supernatural in their oddness.  I am finding the design of the book intriguing because it includes lots of photographs of make believe people.  It stretches the imagination without truly being fantasy.

I have a few things to catch up on.  I have to do some ordering.  I also did a little bit of weeding today.  I try and be consistent and do a little bit each day.

We had the computer lab open from 2:00 p.m. to 4:00 p.m. today.  There were also two computer classes, a Microsoft Word class and a Fundamentals of Computers class.

With Modern Makeovers Americas Libraries Are Branching Out
http://www.npr.org/2013/09/01/217211315/with-modern-makeovers-americas-libraries-are-branching-out