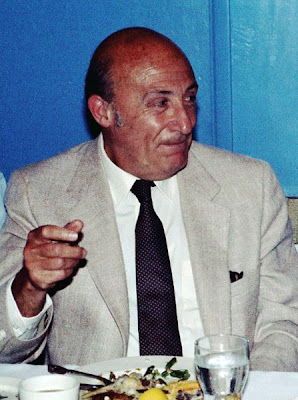 Right now, I am reading Graphic Novels Now Building, Managing, and Marketing A Dynamic Collection by Francisca Goldsmith. This book is about graphic novels in libraries. It is short and easy to read. The book is 114 pages long and is very direct. I am in the second chapter now. It has already mentioned Art Spiegelman's Maus and Will Eisner's A Contract With God.

I walked to my local library after I got a haircut. It is nice outside. The public internet computers were not working, but I did pick up a book. It was something that I had also ordered for my library Ray Bradbury's Fahrenheit 451 The Authorized Adaptation by Tim Hamilton. This is the graphic novel version of Fahrenheit 451. It is sitting in front of me. I just read the introduction to the graphic novel by Ray Bradbury. Think of why you would want to save books and what they mean to you.

I enjoyed reading the graphic novel. It is very different than reading the book. It changes the way you see the novel, because there are visuals that go with the words. You see the television rooms, the bibles, the mechanical dog, the books being burned with kerosene, and the hunted fireman. It clarifies the story and makes it very different.

The message is even more relevant today. Physical books are becoming a niche product. More people read on computers and look at computers than read books. Is this the same as looking at books? Are books cultural objects made of paper with a specific design that is different than what is on a computer screen? What is interesting is that firemen who burned the books had manuals on how to burn the books. I liked the detail from a picture on page 34 that Benjamin Franklin was a book burner in graphic novel of Fahrenheit 451. It shows how distorted things can get

The graphics are in muted colors, blue greys, reds, greens, whites, and blacks. The colors add a very dark edge to the graphic novel which is completely appropriate. There are numerous captions on the panels with descriptions that come directly from the original novel. Also there is a lot of dialogue. What is truly interesting is that there are very few thought balloons, the written content is mainly captions and people talking to each other.

There is also a much greater sense that it is the future than the original novel because there are pictures of some futuristic things. It is not a bright future. It is a very dark future. The firemens job is to burn books. It is the idea that people will willingly turn to entertainment instead of the written word because it brings "happiness". This is a world of engineers where people learn how to do things the societies way rather than why the world works. There is only debate among the book burners, the "firemen". There are also some themes I missed when I read the printed novel, pedestrians in Fahrenheit 451 are considered strange. You are supposed to drive everywhere. I rather like being a pedestrian.

I also like in the introduction to the graphic novel, Ray Bradbury asks us to find a book which we would like to memorize. This adds to the ending of the novel where people who live on the edges of society memorize books so they will be preserved for when they can begin printing them again. If they are caught with a book it will be destroyed. This is an excellent adaptation of the book to graphic form. I think it is well worth reading.

Something to remember is that graphic novels are more than just words, they exist in two places, text and visuals. It is interesting that Ray Bradbury in Fahrenheit 451 says people still read comics, they are not considered books. They are, just in a different sense.

Posted by Book Calendar at 8:30 AM