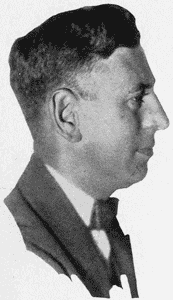 The cartoonist Rube Goldberg. If you look at his drawings closely you can see they had an influence on Dr. Seuss. At least I think so.<p>

I have been weeding in the 800s in the humor section. There are a few early books by Dr. Seuss. Dr. Seuss is one of my favorite authors and cartoonists. There were also a few books by Milt Gross who was an early cartoonist who looks stylistically similar to Dr. Seuss in some ways. Dr. Seuss's early works were very commercial in nature. He also did war and political cartoons.

I am still reading The Whuffie Factor. This book is definitely written with the "Digerati" in mind. There are many references to Dell and Chris Vaynerchuck. This may be new to some people, but it is told repeatedly in many other books. There is a definite whiff of the dot com days in this book. Remember to pick up your glow in the dark pen and your squeeze brain toy from the convention floor. The term whuffie is starting to remind me of the old song, "Woof, Woof, Who Let The Dogs Out." This book definitely has that fluffy, lighthearted feel to it.
Inbetween the fluff and the dot com babble there are some useful insights. Tara Hunt quotes Google saying "The simplest design is the right design." Then throws in a few statements like create feedback loops to keep your customers.
The book runs between digerati and consultant talk like the 80/20 rule and useful insights. I am about half way through it.
While reading Publishers Weekly this morning, I found an article entitled Freemium Free E-books Spur Sales At Kensington. This was on P.11 of the September 21, 2009 Publishers Weekly. Kensington gives away quite a few galleys on the http://bookblogs.ning.com/ I think they are using the Ning Bookblogs social networking group as a platform to spread reviews for their books.
I picked up a copy of Taylor Mali's What Learning Leaves. It is a book of poetry by the four time National Poetry Slam winner. I liked watching him in the film Slam Nation.
Today has been another steady day. I have two books on hold right now. The first is The Other Lands by Paolo Bacigalupi which is a science fiction novel. He also wrote an excellent short storie called The Calorie Man. This is his first full length novel. The second book is The Cost of Bad Behavior How Incivility Is Damaging Your Business And What You Can Do About It by Christine Pearson and Christine Poroth. This was reviewed on the blog, The Thin Red Line. The review made me want to get the book.
Posted by Book Calendar at 1:07 PM