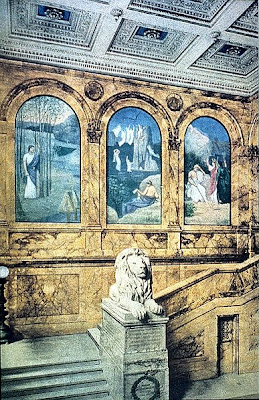 This is Sherlock Holmes in his later years living in the country tending his bees with a younger companion Mary Russell. It is very different than most Sherlock Holmes pastiches which I have read. Watson is only mentioned briefly in passing.

In this novel we learn that Sherlock Holmes had a son who he barely knows and a granddaughter. The son is a bohemian artist who is mixed up with a diabolical occultist. The main villain does not seem like a master criminal.

The novel does not read much like a mystery novel at all. It is more of a suspense novel with elements of the chase than detection. This makes it not what I expected. There is some detection involved which includes Mary Russell visiting a number of interesting settings including an occult meeting, breaking into different houses, and visiting art galleries and cafes.

Today was a day where I relaxed quite a bit and read. I also went to Barnes and Noble and bought a book, Better to Beg Forgiveness by Michael Z. Williamson. This book is published by Baen books. It is libertarian military science fiction. The viewpoints can be a mix of harshly anti-authoritarian and anti-corporate.
Posted by Book Calendar at 7:34 AM