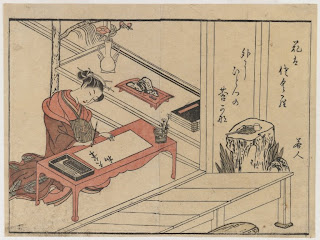 
I attended the following sessions at Book 2 Camp.  As always I am just giving impressions, not complete coverage.  It is also my opinions which can be different at times. People hear and interpret things differently. I sometimes think differently as well.

From 12:40 to 1:30 p.m. there was the session Should Ebooks Be Social?
It was quite interesting.The presenters were talking about if books should be social.  They were asking questions about whether you should share margin notes or tweet about books.  The questions were focused on the subtext about books.

I learned about several new potential tools, Readmail, Subtext, Book Pulse, Papas-- a  tool for Twitter to excerpt portions of books.  There was also mention of places like Shelfari, Goodreads, and Librarything.  The group thought Copia and Bookglutton were too platform oriented and were not necessarily where the readers were interested in.

The group was very focused on fiction, especially the public domain part.  I am not sure this is the right approach.  Practical books on business and other subjects and text books seem much more sharable because learning is generally more of a sharing environment than fiction.

I tried to lead a session but people were not that interested.  I talked to four people about Electronic Magazines and Newspapers in Libraries from 1:40 p.m. to 2:30 p.m.

I got a few suggestions that seemed counterintuitive.  The first was that I should focus on the software, not the hardware for devices like the Kindle, Nook, and Sony Reader.  It would be better for us to have the Nook for PC, Kindle for PC, and Sony Reader software for PC on a laptop than the devices.  The devices will go out of fashion very quickly.  One of the people I talked to from Maz which is a beta for a new platform  for creating open source magazines said he saw over forty different new E-reading devices at a conference. In his views E-readers  were only going to proliferate.  It was too early to know what was going to happen.

There is an issue right now where companies are trying to sell a specific form of branded book inside their platform.  Apple has Ibooks, Amazon has Kindle, and Barnes and Noble has Nook.  Many people would like a universal set of software that would work on all their devices.

It was an interesting experience.  Next time I think I will just stick to going to the sessions.  The next session which I attended was on E-books and Libraries from 2:40 p.m. to 3:30 p.m.

I mentioned Freading as an example of a service that would allow people to download and keep books.  The problem with this is that the library does not own the books.  Many people seemed unsatisfied with Overdrive.  There was talk of Douglas County which had created their own E-book lending system through the Colorado Independent Publishing Association http://douglascountylibraries.org/content/new-e-book-partnership   They also use Overdrive, Tumblebooks, Gutenberg, and Freegal for downloadables.  So it is an adjunct to an exisitng set of E-book providers.

There was mention that the Kindle Lending Library seemed to actually be helping libraries with E-books.  I mentioned that there was a lot of information on E-books and libraries.  The problem was that it was fragmented.  I can go to Teleread, the Digital Shift through Library Journal, Joe Wikert's Publishing 2020 Blog, Mashable, and many other places to find information on E-books.  However, there is little cross referencing between articles. Also, because it is business focused, there are no bibliographies of articles, nor is there very deep analysis.

The other issue is the cost of buying E-books.  Penguin which is one of the six largest book publishers has pulled out of working with Overdrive.  Overdrive supplies many libraries with E-books.  There is a feeling of being locked in with certain vendors for E-books as well.

There was a little bit of tangential talk about how libraries were underfunded.  Libraries did not even have the staff to cover their book sales.  For me this is very sad.  Most library book sales are run by the Friends of the Library who tend to be the libraries first advocates.  I see them as a way to generate intangible good will more than make money.

In the same way, I think it is necessary for librarians to be active with their budgets and advocacy, even if it is not on library time.  A library which is closed or underfunded will not keep librarians employed.  .

E-books, new formats of electronic content, and new e-reader devices add additional costs to libraries that were not there before.

This was a very interesting and fun session.  A large part of the idea in the group was that bookstores are third spaces where people meet for community, food, and people.  There was an excellent reminder that in the future all bookstores will have bars in them.  Also bookstores have cats.

People wondered about how online could ever replace browsing for books.  Most people thought that there would still be paper books in the future, 60% electronic and 40% paper.  I think there will be less than this, but I also think there will continue to be a market for high quality illustrated fiction, graphic novels, and art books.

I think Powell's may expand into a chain forty years from now covering the Northwest.  This is just my opinion.  They have partnered with college bookstores and are expanding steadily.  http://foreword.mbsbooks.com/?p=3286

One of the people at the conference mentioned that libraries may be the bookstores of the future because so many bookstores are closing.

This was very much a session about ideas. It was quite imaginative.  People were talking about how there might be a print on demand system in addition to an e-book system in the future bookstore.  Also the future bookstore might run 24 hours a day, 7 days a week and serve as a social space where people would meet each other to talk about media.

People would come for events like poetry or author readings.

Another thought is that there very well could be a hybrid system where people embed electronics into books using a 3d printer.  I can see a future where print on demand fuses with 3D printing to make something new entirely.  It would be interesting to see a book with a steel cover, plant based plastic pages, and embedded electronics for music, images, and other things.

Someone mentioned a holographic projector capable of displaying E-books.  This does not seem far fetched.  There already are holographic keyboards for computers.  http://en.wikipedia.org/wiki/Projection_keyboard

Another idea was that there could be many more nonprofit bookstores as books are seen as an artistic and cultural objects more than commercial objects.  In Canada, there are some libraries with bookstores in them.  This can be seen as problematic because it competes with private enterprise.

At the end of the unconference, there was a cocktail hour.  Kobo provided the wine for the show.  It was a nice chance to talk to people.  It was far different than I expected, but I found it interesting.  It is back to full circle where I mentioned a few people I talked to yesterday.

This was the first unconference I have ever been to.  The people who come decide the program.  Someone gets up and announces what they wish to talk about.  Then they write it down and put it in a grid so people can see what there is.  After that people break into groups and go to the individual sessions which are very much about questions and answers and participation.

The sponsors were quite interesting as well. http://www.book2camp.org/sponsors/
I think there were at least three people that were from Library Journal at the unconference.  The  unconference  seems like a prequel for many attendees to the Tools of Change Conference which is happening on February 13-15.

I really like New Work City, the event space.  I am tempted by another event they are having 3D Printing Party with Pocket Factory 2012 Tour  http://3dprintingparty.eventbrite.com/

There are other interesting events as well. It is Social Media Week in New York from February 13-17.  The Introducing NYPL labs looks quite interesting.
http://socialmediaweek.org/event/?event_id=2043

Posted by Book Calendar at 7:07 AM