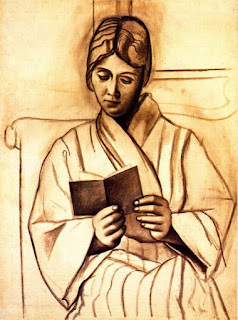 The convention opens today on the floor for Book Expo America.  I spent a little time checking the library Twitter and Facebook.  I also took some time to sort through the books which I got at Day of Dialog.  A few of them that I found particularly interesting are An Appetite for Wonder The Making of a Scientist by Richard Dawkins which is a memoir coming out in October of 2013, Number Sense How to Use Big Data to Your Advantage by Kaiser Fung coming out in July of 2013, The Worlds Strongest Librarian A Memoir of Tourette's, Faith, Strength, and the Power of Family by Josh Hanagarne which came out this month and Burning the Page The Ebook Revolution and the Future of Reading by Jason Merkoski which is available as an ebook, and is coming out in paper in August of 2013.  There were of course a variety of bestselling books, some large print titles, and a few audiobooks.

I walked the show floor today.  It is gigantic.  I gathered a lot of different books which I sent back to the Mount Vernon Public Library.  I sent back 37 pounds of books.  I also picked out a few to read myself. It was a long trip home.  There was also a scavenger hunt where we visited fifteen different vendors and talked to them about books.  A few were self publishing arms of larger companies.  I found this interesting.  Self publishing is taking on a whole life of its own.  I remember one of the people at Day of Dialog differentiating people who use author services like editors, public relations people, and book designers from those who simply use a vanity press without any editing.  The term for well put together self published was Author Services Publishing.  This reminded a bit of the new company Writer.ly which is a marketplace for people offering services like editing to authors http://writer.ly

There was another site which was mentioned called Booktrope which is a team publishing site.  It reminds me a little bit of Netminds. http://www.booktrope.com

I picked up two more advanced reading copies to read which are both young adult, The Lord of Opium by Nancy Farmer which is the sequel The House of the Scorpion and a new novel by Paolo Bacigalupi called Zombie Baseball Beatdown.  Both are due out in September of 2013.

Writing The Wonders of Science,  Library Journal's Day of Dialog
http://reviews.libraryjournal.com/2013/05/books/nonfic/sci-tech/writing-the-wonders-of-science/
I was surprised at how different Richard Dawkins was in person than I thought he would be.  He is not at all dry and he talks a lot about the sense of wonder.  Richard Dawkins even talked about how fantastic Carl Sagan was which surprised me a lot.