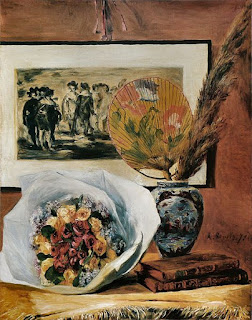 I went in early today and did the VIP librarian tour which was short but interesting.  There were a few places to visit.  They also gave us a booth list of places to visit.  We were supposed to visit 15 different booths in order to take part in a drawing for a kindle or an Ipad.  The drawing is tomorrow at 3:15 p.m.  I spent a lot of time walking today.  I looked at a lot of different booths.

I said hello to Ellen Datlow at the Horror Writers Association booth.  I got a book signed by her, The Doll Collection Seventeen Brand New Tales of Dolls, edited by Ellen Datlow.  She said that it was nice that I was still a librarian.  I also stopped by the Romance Writers of America booth and took a look at the Mystery Writers of America booth. They are all clustered near each other.

I went to the librarians luncheon today.  It was interesting.  The event was led by Nora Rawlinson from Early Word which I read regulary.  http://www.earlyword.com  At the library events, they always have bags of books.  There are always more books than I can possibly carry around.  I got a copy of We Were Brothers A Memoir by Barry Moser.

There were two sample books which seem especially interesting to me, 50 Ways to Soothe Yourself Without Food by Susan Albers, Psy.D.  who is the author of Eating Mindfully.  The other book which is holding my attention is Leaving Orbit, Notes from the Last Days of American Spaceflight by Margaret Lazarus Dean which is about then end of the space shuttle program.

I walked the whole show floor today.  At 3:30 p.m., I went to the VIP Library Networking Event which is interesting.  There was a film on a community reads project focused on James Joyce, The Dubliners.   There was also a very nice selection of publishers Osprey, American Girl, Farrar Strauss Giraux, Picador, and a few others.  I had already had two glasses of wine on the show floor, so I drank some ice water.

The cheese and crackers were quite nice.  I had also had a chance to sit down and sort through all the material I had acquired.  My bag was overflowing with books.  It was a long slog home with a very heavy bag of books.

On the way home, I read some more of CRACK99 which is a story of a criminal enterprise designed to sell sophisticated industrial and military software.  This is a story of "crackers" people who break software to resell it for money or reveal secrets.  It is very different than the books on hackers or cyber activists which I have read.

BEA 2015, Books by Franzen, Halberg Among the Most Talked About
http://www.publishersweekly.com/pw/by-topic/industry-news/bea/article/66926-bea-2015-the-adult-big-books-of-bea-one-debut-one-veteran.html

Posted by Book Calendar at 3:27 AM