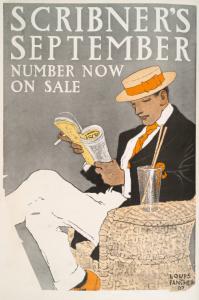 There is a National Poetry Month flyer in the March/April 2016 American Libraries magazine.

I read some of Native Son by Richard Wright, printed by Harper Perennial.  The particular edition I am reading is a restored text which includes some extra material that was not included in the first printing.  There is also an essay, "How Bigger Was Born," and a Chronology of Richard Wright's life.

I also read some more of Postcapitalism.  I am reading about the idea of the concierge economy where everyone has to provide services to be employed; dogwalking, fitness training, yoga instructors, and other such jobs would expand to mainly help people with money.  This would require mass commercialization of every day human activities.  In some ways this is very much becoming a reality especially in places like San Francisco and New York.  There is an Uber for Everything Now
http://www.wsj.com/articles/theres-an-uber-for-everything-now-1430845789

The Library That Put Readers In Cages
http://www.atlasobscura.com/articles/the-library-that-put-readers-in-cages?utm_source=facebook.com&utm_medium=atlas-page