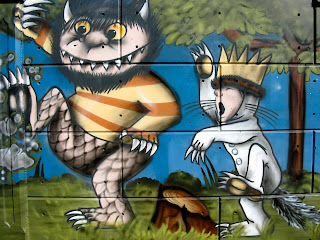 I also read some more of Third World America by Arianna Huffington. I liked the line, "There are no lobbyists for the American Dream," on p.133.  She argues that there are too many lobbyists and moneyed interests for change to effectively take place for the better in congress.  Arianna Huffington also describes how infrastructure from bridges, roads, dams, electricity to broadband internet is falling apart and costing the United States leadership in business.  The book mainly attacks republicans, but also does not spare some democrats incompetence.  It is very much a call for change.
Posted by Book Calendar at 12:06 PM

Labels: third world america, where the wild things are

Correctly put, there are so many changes that needs to be made in order to gets things going in for congress but it is the same everywhere. We are still much better than rest of the world.
Cheers,
Sam
www.babaloud.com