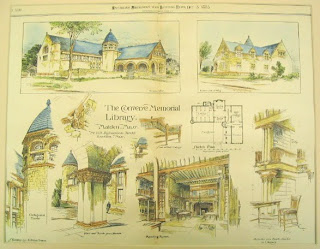 Queens Library, http://www.queenslibrary.org/, New York Public Library http://www.nypl.org/, and Brooklyn Public Library http://www.brooklynpubliclibrary.org/ in New York all face very large budget cuts. This will not just affect libraries, it will have a strong effect on the publishing industry which relies on libraries for their backlist of older titles which often are not in bookstores. If you want to keep many of the classics and older books alive, it is important to keep libraries alive. Libraries are centers of cultural memory. Bookstores are more focused on the immediate and current and often are not as deeply focused on the past.

Also closing libraries will have a ripple effect on so many publishing institutions in New York. New York Public Library is a symbol for the book in the whole United States. Diminishing its effect will have a negative impact on the publishing industry in the area. It could have a stronger effect on the media industry than most people realize. Librarians are often writers or supporters of book culture. The immediate cuts will carry into business in the surrounding area. Big publishing houses like Scholastic, MacMillan, Random House, and others will be strongly affected. It is not just books that will be affected, the magazine industry could take a serious hit as well. It is short sighted.

I understand the need for cuts across the city, but the cuts are not even. A 30% cut in budget is a little bit too much for libraries. I don't see the city taking the time to analyze and take apart spending with audits or austerity programs for every department in Manhattan. It will eventually come to this.
There is also a postcard campaign for New York City Libraries. It adds a more personal element to the campaign. http://reforma-northeast.org/postcardcampaign.html It is not just Manhattan that is being effected, other large municipal library systems in the United States are under scrutiny by city councils. There is also a save http://peopleofboston.org/ Boston Public Library
http://www.savelapl.org/ Los Angeles Public Library campaign. Many cities do not see libraries as being essential services.
If you read The State of America's Libraries 2010 http://ala.org/ala/newspresscenter/mediapresscenter/americaslibraries/ALA_Report_2010-ATI001-NEW1.pdf , the American Library Association describes increased usage of libraries combined with less funding. Some of the services described are critical. In many communities, the library is the only source of free computers and internet access. It helps bridge the digital divide. Also, these computers are often used to search for jobs and government information which would not be readily available to many people in the community who do not have a computer.

On a more personal note, students at UCSC where I got my undergraduate degree in anthropology are protesting library cuts. They staged a "study-in". http://www.santacruzsentinel.com/ci_15073038
Posted by Book Calendar at 8:06 AM