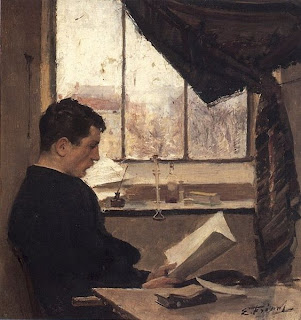 I am going to concentrate on walking the show floor of Book Expo America today. It should be interesting. I already printed up a list of booths which I plan on looking at. I also will probably stop by the Librarians Lounge and get coffee. I think I am ready for today.

I walked the show floor today. There were less publishers than the last time I went. In a way, this was better because the childrens books were on the main floor, and it was easier to talk to them. I also noticed that many of the publishers were not exhibiting they were doing business in private meeting rooms. Disney, Rodale, Macmillan and a few others had meeting rooms like this.

The printers and distributors had a very strong presence this year. There was also a very large booth for Overdrive which is the leading supplier for ebooks to libraries. In addition, ebook makers and electronic books were featured during the show. Diamond Comic Distributors was at the convention as well as BWI (Book Wholesalers Inc.), Baker and Taylor and Ingram. There were a lot less small presses on the exhibition floor than the last time I went.

There was a very nice comic book section with Marvel, Diamond Comic Book Distributors, Image, and other publishers. I picked up a lot of Marvel bookmarks for the Graphic Novels club for my library. There were still the big publishers out in force, Penguin, Harper Collins, Random House, Hachette Book Group and others. They were giving a lot of galleys out as well as original books.

I ended up shipping 72 pounds of books back to my library. This did not include galleys. I put a number of galleys aside and wrote down some of the titles. Yale University Press has a very nice biography on Joe Louis by Randy Roberts. There were a lot of university presses at the show. I also saw a lot of christian publishers, and politically oriented publishers.

I picked up a copy of Muhammad Yunus, Building Social Business The New Kind of Capitalism That Serves Humanities Most Pressing Needs published by Public Affairs. The Cato Institute which is a libertarian press was giving out a free booklet which contained the United States Constitution and the Declaration of Independence. They also had an interesting title called Terrorizing Ourselves Why U.S. Counterterrorism Policy is Failing and How To Fix It by Benjamin H. Friedman, Ed. For those of an even more conservative bent, there is a book published by Strang Communications, The Faith and Values of Sarah Palin, What She Believes and What It Means for America by Stephen Mansfield and David A. Holland

There was a lot of very interesting material. A title called The Bearded Gentleman The Style Guide to Shaving Face by Allan Peterkin & Nick Burns caught my attention. There are very few titles on this subject. There was also a title called Shamrock Alley by Ronald Damien Malfi about infiltrating the Westies, an Irish gang in New York.

Europa which is an international publisher recommended a book called A Novel Bookstore by Laurence Cosse. They compared it to The Elegance of the Hedgehog by Muriel Barbery which was a bestseller. Another literary book which might be of interest is Dear Sandy Hello Letters from Ted to Sandy Berrigan by Ted Berrigan. This book is edited by Sandy Berrigan and Ron Padgett and published by Coffee House Press. Black Sparrow Press recommended a poetry book called Well Then There Now by Julia Spahr which is coming in Fall 2010. They had a chapbook of a poem in the book called Gentle Now, Don't Add Heartache.

Akashic Books is publishing a series of noir books based in specific cities. These are very popular at our library; Mexico City Noir, Indian Country Noir, San Francisco Noir, Orange County Noir, and Los Angeles Noir are some of the title in the series. In November, they are releasing Haiti Noir. Akashic books had a very interesting mystery written by Subcommandante Marcos of the Zapatistas and Paco Ignacio Taibo II who is a famous Mexican mystery writer titled The Uncomfortable Dead (What's Missing Is Missing) a novel by four hands.

Juan Gomez-Jurado a writer from Spain is coming out with a thriller called The Moses Expedition which looks quite good in August. He did a reading and book signing at New York Public Library on May 26, at 6:00 p.m.

2000 A.D., the English comic book writers who do Judge Dredd are coming back. There is a new Judge Dredd movie coming out done by the same people who did the film District 9. The film is being shot in South Africa. It appears that 2000 A.D. is going to have an American publisher other than DC or Marvel which understands their work. I also picked up a "weird western", called Rex Riders by J.P. Carlson, illustrated by J. Calafiore. There are not very many people who write this kind of book. I like the name of the publisher, Monstrosities Books. It is their first book. There was very little manga at this years show which surprised me.

The people at the show were very nice. Playaway has redesigned its cases for its electronic audiobooks. They are much more attractive. They also have a whole new set of marketing material to use with their audiobooks. They are calling it Circulation Station http://www.playawaylibrary.com/marketingtoolkit/

There were not a lot of pens or giveaways floating around the show. I saw some bookmarks. Also many more vendors were keeping their books as display copies or selling them at a discount rather than giving away copies. I did like the free bookmark given to me by Bookamajigs, LLC. It was quite pretty. http://www.bookamajigs.com/

Another thing which I liked was the American Girls Crafts booth. They had a lot of crafts designed to tie in directly with the American Girls books series which is a series of historical young adult novels based on different characters in American history. It is a very clean, well done popular series. I can see librarians using the crafts as part of a program with the books. http://www.americangirlcrafts.com/

Learning Express was at the conference. They run a database for civil service tests which our library subscribes to as well as print a number of titles for civil service exams. I hope they expand their coverage of civil service books. Their database is excellent and is used a lot. Also, Nolo Books which does self help legal titles was there. Their books are excellent.

On the way out, I picked up the book for the 6th annual new title showcase. I won't get a chance to look at it until tomorrow. I did not get to go to any conference sessions today. It was a quite busy day. Lots and lots of walking. I only took a few minutes to sit in the Librarians Lounge at the end of the day. It was relaxing and empty.

There was so much at the show, it is quite hard to even describe a fraction of it. Tomorrow, I am going to focus on going to a few panels and talking to a couple more publishers this time without the purpose of collecting books.

This is a summation of the Editors Pick panel from Day of Dialog between Librarians Publishers which I went to from Library Journal Online. http://www.libraryjournal.com/article/CA6729118.html

Posted by Book Calendar at 3:06 AM