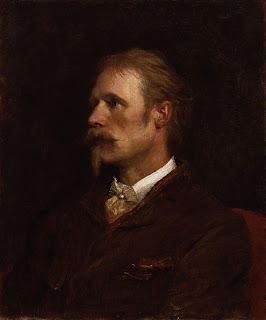 Walter Crane, by George Frederic Watts (died 1904), given to the National Portrait Gallery, London in 1915

I have been a bit distracted today.  Instead of reading books, I have been reading about some things which are happening in the town where the library is.  Eliot Engel who is a local politician is asking for $2,000,000 for a green technology incubator in Mount Vernon. They already have an incubator space.  Also, Kirsten Gillibrand is asking for $1,000,000 to train 115 young people for green collar jobs as part of a training program at city hall.

There has also been some expansion in the green building industry as well.  Werecycle has expanded its ewaste operations for collecting computers and other high technology equipment for recycling.  It looks like there will be a major push for green jobs in Mount Vernon, New York.

For a while we have been buying books on green industry.  Now, it looks like we may have to get quite a bit more material along these lines.
Posted by Book Calendar at 6:41 AM