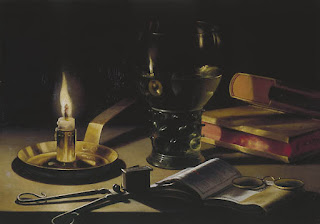 I am going to Day of Dialog between Librarians and Publishers this morning.  It should be very interesting.  I am very much looking forward to it.  This is followed by a Librarians Dinner at the Yale Club.  It should be an excellent experience.

On the way to the event, I read some more of The Great Divergence.  It comes across as a liberal argument on why there is so much income inequality.  Part of the argument is that we are trading for manufacturing products with China which has much lower wages as well as Mexico which also has lower wages.  This depresses the manufacturing sector wages in the United States. In addition to trading with lower wage countries, jobs are also being outsourced.  This is increasingly not just blue collar work, but also white collar work like computer programming.

Timothy Noah also argues that lobbyists from corporations are giving way too much money to politicians, especially business lobbyists and this changes government decisions.  In addition, there are descriptions of there being less unions, lower taxes for the rich, and less regulation for Wall Street. In addition there are descriptions of an inadequate educational system in the United States compared to Europe.

There were a lot of vendors in the morning.  I learned a few things.  Midwest tape who we buy many of our dvds from started selling audiobooks in 2008.  They are supposed to have a very large selection of titles.  I got to talk to the different representatives.

There were some excellent galleys as well.  I put aside a number of galleys to read for myself; Carlos Ruiz Zafon, The Prisoner of Heaven which is coming out on July of 2012, Clean Tech Nation How The U.S. Can Lead In The New Global Economy by Ron Pernick and Clint Wilder which is nonfiction coming out in September of 2012, Tom Reiss, The Black Count Glory, Revolution, Betrayal, and The Real Count of Monte Cristo, and finally The Twenty Year Death by Ariel S. Winter which is supposed to be a pastiche broken into three sections focused on three authors, Georges Simenon, Raymond Chandler, and Jim Thompson.  The galley is published by Hardcase Case which is a noire specialist.

The first panel was an editor panel with their top picks.  Most of the books were available as galleys or hardcovers in the vendor room.  One book that particularly caught my attention was Jonathan Kozol Fire In The Ashes Twenty-Five Years Among the Poorest Children In America.

The second panel was on Debut Genre Fiction Authors.  I especially liked Ariel S. Winter's book description of The Twenty Year Death.  I plan on reading it.  I had a chance to talk to him during lunch.  We talked about genre fiction, specifically Paolo Bacigalupi and China Mieville.

This was followed by a talk with Gail Collins.  We got to pick up a signed copy of As Texas Goes... How The Lonestar State Hijacked the American Agenda.  Gail Collins is a columnist for the New York Times.

This was followed by a digital panel discussing ebooks in libraries.  There was some talk about how to display high circulation ebooks which was interesting.  The goal was to replicate high circulation displays of trade books that are in libraries.   There was also talk about having job titles in the ebook section.   There was also a bit of discussion on browser based ebooks which do not require applications and are much easier to load.

It was interesting hearing that people weeded ebook collections.  This was only possible when libraries had ebooks for many years.  It was necessary to both remove the cataloging information and contact the vendor to remove the item from the system.  I especially liked the idea that having a catalog of ebooks is like having an infinite closet and the more you have the harder it is to find things.

I liked the idea of patron driven acquisition for ebooks.  There was a comment that patrons sometimes asked for more technical or academic titles when they could request ebooks.

One of the comments was about the big six who are refusing to supply ebooks.  Some of the people on the panel said they went with smaller publishers who could provide similar titles in the same genres.

There was a recommendation that ebooks should be in the catalog of a library with all the other books so people can find them and check them out more easily.  The information needs to be there.  This includes the digitization of local resources like neighborhood archives.  In addition, people mentioned the use of tags and keywords in catalog records as well as using nontraditional review sources like Goodreads.

There was also a comment that right now what many people are doing is showing people how to use ereaders either as a brown bag luncheon or as a digital petting zoo with a variety of devices.

The last panel was on spy novels.  Two of the panelists said they  had worked at the CIA in their pasts.  .  I picked up a few hardcovers, Chris Pavone, The Expats, and Francine Matthews, Jack 1939, to add to the collection from the panel, I Spy: The Return of  The Espionage Thriller.  I did not stay for the reception.  I headed to the Yale Club for the dinner.  It was quite a bit for a single day.  I will write about the dinner tomorrow.

I also got to see a few of my colleagues from Brooklyn Public Library, as well as recognized some people from White Plains Public Library, and saw a few people who were at the Book2Camp conference.

HTML5 May Be Winning the War Against Apps
http://radar.oreilly.com/2012/06/html5-apps-datajournalism-doj-lawsuit.html
There are a few things to think about in this article.  Overdrive is releasing a browser based e-book reader which should make it easier to read e-books.  One of the central ideas is that HTML5 would be platform independent for ebooks.
Posted by Book Calendar at 2:48 AM