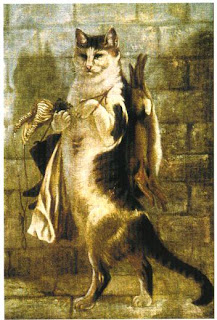 I finished reading The Age of Odin today.  Much like his other books it is an action book based on mythology.  It features the Norse gods in the final battle Ragnarok which will determine the end of the world.  Thrown into this battle is Gideon Coxall, the main character who very much reminds me of an avatar of Ajax the relentless unstoppable soldier and destroyer of men.  The way the frost giants are portrayed is quite interesting.

I had a chance to stop by local library and take care of a few things there.  Right now, I am reading The Age of Anansi which is a very different kind of story.  Anansi picks out a lawyer to represent him in a contest of wits and skulduggery with other trickester gods like the Monkey King and Coyote.  I rather like how James Lovegrove describes Anansi helping his lawyer avatar or person who represents him on earth in his law career.  It is entertaining and a bit pointed.
Posted by Book Calendar at 6:53 PM