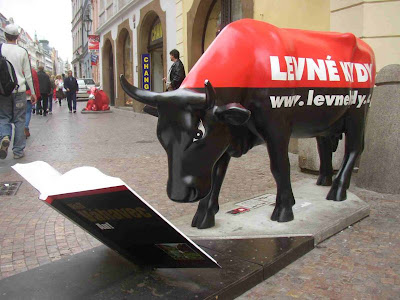 Yesterday, I watched Indiana Jones and the Kingdom of the Crystal Skull. It was a piece of escapism. I liked the space alien archeologist references. They reminded me of Erich Von Donikens Chariots of the Gods books. The movie was fun to watch. Harrison Ford still did most of his own stunts which surprised me.

There was plenty of flim flam in this movie. All of the real crystal skulls which have been looked at indicate they were created in 19th century Europe. They were not Mayan. Indiana Jones was of course seeking El Dorado where the skull and aliens resided. He had to follow the Nazca lines to get there. I was surprised that they did not make reference to the now debunked theory of ancient hot air balloons over Peru.

The villains were cartoonish kgb agents. One of the agents of course was psychic which was quite slly. In many parts of the film, especially the chase scenes it reminded me a bit of a video game. The best part of the film was when Indiana Jones hid in a lead lined refrigerator to survive a nuclear blast. Silliness at its best. A fun afternoon of free entertainment rented on a dvd from the library.

One of the subjects which many people ask about is the paranormal and the occult in the public library. We get a lot of junior high school and high school students coming in with assignments on big foot, Nostradamus, and psychics. There are also a lot of believers in various ideas from various authors like Carlos Castaneda, Sylvia Browne (television psychic), and Edgar Cayce. I try to be as neutral as possible with these questions because you don't know why they are asking for these books.

Watching films like The Da Vinci Code can be useful because many people at least partially believe the stories behind the films. They want to know about The Knights of Malta, Opus Dei, the Masons, and other groups. Often after films like this one we get spikes in requests on occult material. Popular entertainment at least partially drives the purchase of this material. It also often causes controversy which attracts people to reading about it. It is good to remember the public library is supposed to be a neutral institution not supporting specific religious and philosophical viewpoints. The library is a government institution and the separation of church and state can and sometimes does come up as an issue.

Some of this material has made me a fan of James Randi, the author and magician who debunks psychics and mystics. I may believe in certain phenomena, but I also sometimes feel it is necessary to protect yourself from being too gullible. He explains how fakery and flim flam happen. He is also a very entertaining speaker. His book The Mask of Nostradamus: The Prophecies of the World's Most Famous Seer is quite popular.

We also get quite a bit of other practical books of psychology which can cross over a little bit into mysticism. One of my favorite books in this category is The Relaxation Response (Paperback) by M.D. Herbert Benson (Author), and Miriam Z. Klipper (Author) which is about meditation from a scientific standpoint. Some people consider this material to be religious which can be surprising. Being polite is very important around other peoples beliefs. Even things like books on yoga floor exercises can be considered religious by people.

I finshed reading How We Decide by Jonah Lehrer. It is an intriguing book. This book definitely deserves a review. It says many things which are counterintuitive about how decisions are made. I liked the discussions about poker, strawberry jam, flight simulators, and having too much information in decision making. Right now, I am pondering how I will review the book.

Posted by Book Calendar at 6:00 AM

Labels: films, how we decide, indiana jones and the kingdom of the crystal skull, mysticism, occult