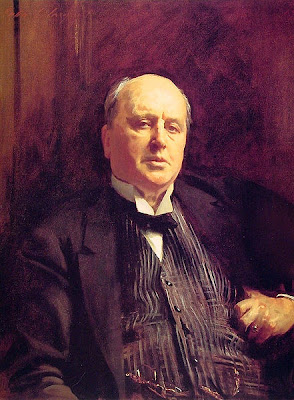 Today has been another quiet day. I weeded some in the large print and the 700s. I also looked at the new books to genrify some sections. I am thinking of four genre categories; mysteries, African American, romance, and science fiction.

I did a little ordering for the new books focusing on recent books in the media.

Right now I'm reading Xenopath by Eric Brown. It is a science fiction novel featuring a telepathic detective. It is the second novel featuring Jeff Vaughn as the main character. The first novel was Necropath. The setting Bengal station is rather interesting. It is an East Asian space station with lots of Thai and Indian cultural elements.

I also finished reading How The Mighty Fall And Why Some Companies Never Give In by Jim Collins last night. I really haven't had a chance to review it yet.

I feel a little bit scattered today. We also have a section for oversize books, 26 centimeter or taller is the measure we use for quarto books. One of the new ones sitting on my desk is The Art of Harvey Kurtzman The Mad Genius of Comics by Denis Kitchen and Paul Buhle. Denis Kitchen is the founder of Kitchen Sink Press one of the early underground comics publishers. This particular edition is published by Abrams Comicsarts. Harvey Kurtzman is best known for creating Mad Magazine. They have one of my favorite of Harvey Kurtzman's comics, Super Duperman in this book. They also have a picture of Robert Crumb at a very young age which is kind of interesting to look at.

I'm starting to accumulate books again. There are a couple more which came in for me, How You Make The Sale by Frank McNair, Montmorency and the Assassins and Montmorency On The Rocks by Eleanor Updale. I think that libraries are very much like bookstores, they have a product to sell; that product is books and other media. One of the main activities in bookstores is called "handselling" where you sell a specific book to a customer based on what they want. In some ways it is not that different from "readers advisory" in libraries. There is quite a bit of crossover between the two skills.

Posted by Book Calendar at 4:07 AM

I know I have not commented for a while, I have been keeping up with your posts though, like the new layout, meant to say that ages ago. Just thought I'd comment on the similarities between libraries and bookstores, there seems to be an active exchange of the best ideas between the two which has been going on for a while now, mostly to the benefit of both organisations. A few months ago I had a conversation with a young sales assistant about the importance of product knowledge, he was about to go on a break and made a throw away comment about wishing he could curl up on a beanbag with a graphic novel, (amongst my purchases was a graphic I was buying for the school library), he didn't think reading a book would look good even on a break. I suggested that he should see reading and product familiarity as part of his job. We talked about graphic fiction for a bit and said he could use that knowledge to sell more books, I was keen for all the help I could get in finding graphic fiction that the kids would enjoy, and was value for money. Mind you the kids are pretty good at letting me know what we should be getting. Ah well if nothing else I hope he got to enjoy his break with a good book.
I have always thought readers advisory in a public library would be a fun job, but then any job without variety probably gets a bit dull.
One of the things we have copied from book stores is displaying books with the covers face out. My predecessor was dead set against that but with kids it actually makes browsing much easier for them, and the change is reflected in our borrowing stats., which have jumped by about 30%, there are other factors at work but that is one. Such display is okay in a relativly small library with such a client base. Only a small part of the collection can be displayed that way, for practicle reasons, but it has made a difference.

We have a very large library collection. We use slat walls for displays like they have in bookstores with both wire rack shelving and display stands. Many of the books are displayed face out, especially with the clear acrylic display stands. It makes a tremendous amount of difference for circulation.