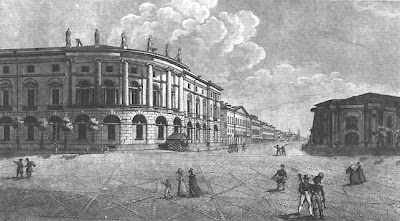 I read a bit more of Confessions of A Radical Industrialist today on the train to work. I also checked my ordering to make sure it was in proper shape.

After seeing Twenty Thousand Leagues Under the Sea, I decided that I wanted to see Mysterious Island which is based on another book by Jules Verne. The animation in the film Mysterious Island is done by Ray Harryhousen. I really like watching Ray Harryhausen. It is a lot of fun to see the old stop motion animation. I also requested Pinocchio. I have never seen Pinocchio. It is by Carlo Lorenzi whose pen name was Carlo Collodi.

I checked out two films, Fantasia and Alice In Wonderland. Alice In Wonderland by Lewis Carroll makes many references to mathematics and logic. The Annotated Alice is a fantastic book to read because it identifies the literary, mathmetical, and logical allusions in the book which are very entertaining.

I read a bit more of Confessions of a Radical Industrialist by Ray C. Anderson. He is writing about recycling in business now. He describes how his goal is to recycle absolutely everything. It costs money to buy new materials and send garbage out. He wrote about RecycleBank which is a company that gives incentives for people to put their recyclable bin. People receive points translatable into coupons for local businesses. He has five Rs for recycling, reduce, repurpose, reuse, recycle, and redesign. The book is not easy to read even for someone with an environmental ethic. He is very gung ho in his philosophy.

Posted by Book Calendar at 1:36 PM

I love the alice books mainly for the language and the sheer creativity of it, The Annotated Alice would make for interesting reading, I completely miss the mathamatical allusions, so it would be interesting to have some of the complexities explained.

There are a lot of complexities in it. There are also allusions to chess and cards. It is a really fascinating book.