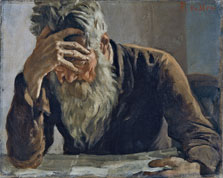 I created a display this morning for poetry.  I also checked the displays to see they were in order.  A new steampunk book came in for me to read, Dreadnought by Cherie Priest.  It looks interesting.

While I was looking through various reviews I came across a new Ammon Shea book, The Phone Book: The Curious History of the Book That Everyone Uses But No One Reads.  I rather like Ammon Shea because he writes about things like dictionaries, encyclopedias, and grammar with a very avant garde style.

I had a long train ride home from work.  This being the weekend of a holiday made the trains exceptionally slow, convoluted, and requiring multiple transfers.  This gave me a bit of extra reading time.  I finished reading The Monstrumologist by Rick Yancey which was gripping. I could not put it down.  The mad doctor Erasmus Grey who collects, dissects, and eradicates monsters is absolutely convincing.  Will Henry, the orphan apprentice of Grey is also very well done.  The best though is the monster hunter Kearns hired to help them.  Kearns is the apex of nihilism and is an utter beast inside with a very refined exterior.  There is even a discussion guide to the book in the back.  An utterly fantastic read.

Another piece which is missing from this article is that Twitter and Facebook can be used to host events that allow people to meetup in person over time. For example while they were holding rallies at an earlier date to keep New York Public Library open, these rallies were fed by many other types of groups, meetups, tweetups, and other organizational methods to gather people. On Facebook Urban Librarians Unite was part of the campaign to save Queens Library, Brooklyn Public Library, and New York Public Libray http://www.facebook.com/urban.unite Some of the groups through social media are not short term. A good example of this might be http://www.meetup.com/nylibrarians .  If you are thinking about all social networks being purely a platform for business, The American Library Association also has ALA Connect http://connect.ala.org/

These were just a piece of a larger strategy as well which included other communication channels; postcard campaigns, rallies, letters and email communications.  Twitter and Facebook feed right into journalism.  It is very easy to communicate using forums and other tools directly with the media now.


Many of the people in these groups blog as well and build a slow following. A good example of how to do this is through the book, We The Media, http://oreilly.com/catalog/wemedia/book/  Twitter and Facebook add to the ability to use grassroots journalism effectively.

Thinking that Twitter and Facebook as solely a written medium is also fallacious.  Twitter and Facebook can be tied into Youtube to create videos which can spread quickly.  I have not tried this yet.  It also possible to use podcasts to create audio as well.  It opens an entire new way to report what is happening from the opinion of the person experiencing the events.

There is nothing stopping people from using a complete media strategy with Facebook, Meetup, Twitter, Blogs, and other media.  For these things to be effective people would have to meet in person through specific gatherings over a long time period.  Social media is not an abstraction.  For it to work, take the time to meet some of the people who you are communicating with.

It also is a good venue to invite people for events like Bacon Palooza which is a fundraiser to help autistic children  http://www.facebook.com/home.php?#!/event.php?eid=152396631460119

I just got a book called The Dragonfly Effect Quick, Effective, and And Powerful Ways To Drive Social Change by Jennifer Aaker and Andy Smith with Carlyle Adler.
Posted by Book Calendar at 7:47 AM