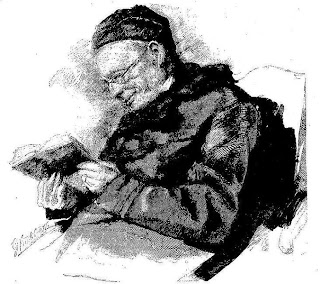 This morning I went to the Board of Estimates Meeting in Mount Vernon, New York for the budget.  It was at 10:00 a.m..  I was the only person there from the public.  I stayed for about ten minutes. Then the Board of Estimate went into executive session.  It was an interesting experience.  http://cmvny.com/2011/12/21/boe-special-meeting-notice/


The night before, I was at the Mount Vernon Public Library Board of Trustees Meeting.  There was a lot being discussed.  The Amnesty has started out well.  We have gotten $500 worth of lost material back so far.  If you know anybody who has lost library material encourage them to come in and bring in their books.
http://www.mountvernonpubliclibrary.org/amnesty

There was a lot to hear about.  We are planning a number of events including the Kenneth C. Davis talk on January 12, 2012 and other events.  We spent some time discussing the Central Library District allocations as the central branch.

I will be working on Saturday,, January 7, 2012 as part of the process of opening the first Saturday of the month.  There are also a number of programs in the works coming up.

The Trustees meeting room was packed with people.  It was nice seeing some of my colleagues who had left.

This morning, I was originally planning to go to the dentists.  I had just stopped by work because it was near the dentists office.  I didn't originally plan on going to the Board of Estimates meeting.  I also spent some time talking to people, checked the displays, and looked over the gift books.  I bought a book, Man Made UFOs 1944-1994 by Renato Vasco and David Hatcher Childress.  I find UFO books to be an entertaining mix of goofiness and speculation.  I rather like the pictures of foo fighters, early German ramjet planes, flying wings, and strange disc shaped craft.

I also finished reading The Shock Doctrine.  The writing is very interesting.  Naomi Klein manages to express fascinating ideas like plutonomy, corporatism, and disaster capitalism.  Often the book has kind of extreme praise for the left.  I am not that fond of South American politics.  However, she also describes how corporations are increasingly becoming intertwined with government.  The reader gets to learn about private contractors like Blackwater, Bechtel, and Halliburton and how they have changed our government for the worse in Iraq and places like New Orleans in the United States.

I find myself thinking that there are different answers to our problems than the left is describing.  There has been almost no attempt recently to break up business monopolies and trusts by the United States government. We do not see the commerce department going after giant corporations like Amazon, Google, Halliburton, or Chevron to get them to be broken up into smaller entities.  These giant entities are becoming increasingly intertwined with the United States government.  There is a kind of symbiosis between oversize corporations and oversize government.

Poverty has become an industry where people can get rent to own furniture, layaway items for the holidays, money orders, go to the pawn shop, get credit card counseling and personal bankruptcy, get a pay day loan, buy their clothes from a thrift shop, and live on cheap fast food.

I read this as part of the Occupy Education book list.  I have noticed that almost all of the books they are suggesting are negative.  The books like Griftopia are about how terrible things are.  It is clear to me that Occupy Wall Street is more about protest than actively seeking solutions. There needs to be a little more focus on problem solving.  More focus on reform.

Police Arrest Protesters at sit-in at Detroit Library Branch
http://www.detroitnews.com/article/20111222/METRO/112220477/1409/rss36
There may be more of a connection than many people think between Occupy Wall Street and libraries.