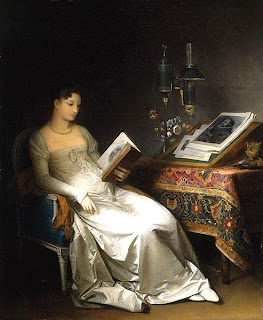 I have been reading The Shock Doctrine.  It starts with Latin American leftism versus exported Chicago School style capitalism.  Part of this argument is a statement against laissez faire capitalism as embraced by Milton Friedman which tends to concentrate wealth upward and create a large pool of lower class people.  It also tries to equate torture; electroshock and sensory deprivation with laissez faire capitalism. As part of this comparison it describes in very left terms how business is exported to dictatorships from the United States. I am not completely convinced about some of the arguments. The book tends to preach rather than convince.  It seems written for people who already agree with the authors viewpoint.

The book also defines corporatism as the combination of a police state with corporations and trade unions to form a kind of totalitarian rule. This is the darker side of capitalism.

One of the things which the book does do successfully is acknowledge there is more than one type of capitalism.  I find John Maynard Keynes much more appealing than Milton Friedman.  There are a lot of different forms of capitalism.

I also read some more of The Life and Legend of Jay Gould.  I am reading about how Jay Gould broke away from the Union Pacific and started to form his own railroad group.  The book successfully shows how industrialists often are interested in controlling companies as much as making money.  It becomes a kind of chess game where the pieces are different stocks and corporations.

Read in at Occupy 2.0
http://reviews.libraryjournal.com/2011/12/in-the-bookroom/post/read-in-at-occupy-2-0/
Another Library Journal article.
Posted by Book Calendar at 4:52 AM

Labels: the life and legedn of jay gould, the shock doctrine