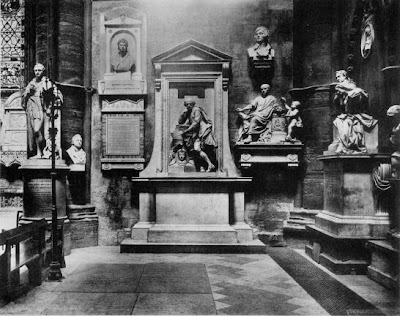 My first thought for the day is that Barnes and Noble in its Business to Business accounts has a library accounts section. I find it kind of interesting. They are starting to compete with the large book distributors. http://btob.barnesandnoble.com/bn-at-school/library-services.asp?btob=Y&cds2Pid=17562&linkid=1444099

I met with a gentleman to discuss doing a poetry program in April for the library. I am going to try and do it on a Saturday afternoon. This way, people will be able to come to the program. Usually, about two months is about the right window to advertise and promote a program so people come. This will give me time to write the flyer and get it out to the newspapers and community organizations. On another thought, I am planning to do a Shojo (girls manga program this month.)
We had a meeting discussing how we might reduce costs. There was quite a bit of talk about recycling paper and what to do with our discards. We also talked a bit about donations to the library. We will probably also be doing more ordering in bulk.
I designed two fliers today, one for my poetry program, and one for the graphic novels club. I am hoping that they will turn out well. There has been quite a bit of interest lately in poetry at the library.
I have picked out a number of books to read, Poe 19 New Tales Inspired by Edgar Allen Poe, edited by Ellen Datlow, Starship Flagship by Mike Resnick, The Lazy Environmentalist on a Budget Save Money, Save Time, Save the Planet by Josh Dorfman, and The book of Dead Philosophers by Simon Critchley. I also picked up two dvds to look at, the Disney Pixar film UP, and Mystery of the Nile produced by Orbita Imax. Hopefully this will be as good as the dvd Dinosaurs Alive which was narrated by Michael Douglas.
I have started reading The Book of Dead Philosophers by Simon Critchley on the train home. It is an overview of philosophy giving the account of some 200 different philosophers and how they died. Each entry varies from a few sentences to a few pages. The book is full of wonderful tidbits of useless knowledge. There is a legend that Pythagoras was killed because he refused to cross a beanfield even though he was being chased by his enemies. There are asteroids named after Lao Tsu and Kongzi (Confucius). In the 14th century Aesop was considered an important philosopher in the Western philosophy. This book is a reflection on philosophers and their deaths. Some of it is ironic and funny. Other parts are reflections on how to live well and die well. It is enjoyable reading.
Posted by Book Calendar at 10:58 AM