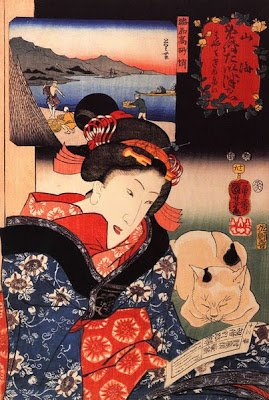 I have started reading Sleepless by Charlie Huston. He also writes vampire and crime novels. This is a bit different. It is a near future where large parts of the population can no longer sleep and wander around like zombies doing nothing. This causes all sorts of civil unrest and tragedy. It is told from the point of a police officer. There is a noirish quality to it.

I visited Manhattan today. I went to The Time Machine Memorabilia, Comics, and Collectibles on 207 West 14th street, 2nd floor. I like to call it Roger's comics, many people do. It has a nostalgic feel to it. Roger reminded me that I used to price his old paperbacks for him. I have not done this in a while. The store had a lot of people in it. Many comics dealers buy from Rogers.

This is a great old store. It is full of old comics, movie posters, graphic novels, manga, and other collectibles. I also have some lobby cards and stills which I got from him a while ago including a framed playbill for 2001: a space odyssey which is on my wall next to my computer. People come from all over the world to visit this shop because of its old school atmosphere. It is on the second floor. You have to go up a flight of stairs to get there, but it is well worth it.

I mainly go to look through his bins of ground level, underground, and independent comics. I found a number of things for a very reasonable price; Star Reach Classics #7 with a story by Walter M. Miller Jr. The Big Hunger, Usagi Yojimbo printed by Fantagraphics, #1, 3, and 4, a comic illustrated by Bernie Wrightson, a Warp Graphics large size edition of A Distant Soil #2 drawn by Colleen Doran, a few issues of Groo the Wanderer, the original Cartoon History of the Universe by Larry Gonick.

After I was done looking, I went to the Donut Pub downstairs, had a large cup of coffee and a croissant and read comics. I sat for two hours reading and looking at comics. It was quite relaxing. I have been going there for many years.

The Strand is a huge bookstore. It has been improving a lot lately. They now have nice bathrooms which is a luxury in Manhattan. I walked around and looked at books. There was a table with The Talented Miss Highsmith The Secret Life and Serious Art of Patricia Highsmith by Joan Schenkar on it. Next to it were two new paperback releases, The Short Stories of Patricia Highsmith, and The Talented Mr. Ripley.

I went upstairs to the graphic novels section. I saw a few things that looked quite interesting, Graphic Classics, Louisa May Alcott and The Best American Comics 2009 edited by Charles Burns. I also looked at some of the art books. There was a very nice looking book called Indie Publishing How To Design and Produce Your Own Book edited by Ellen Lupton.

On a more serious level, I looked at the tables on the main floor, The Strand maintains their own bestseller list for titles that are sold in the store including History Bestsellers, Fiction Bestsellers, Nonfiction Bestsellers, and other lists. Some titles that caught my eye were The Making of African America The Four Great Migrations by Ira Berlin, Globalism, Democracy and Terrorism by Eric Hobsbawm, and The Fat Duck Cookbook by Helen Blumenthal.

I bought something from the Strand Bookstore. It was a bag with a cartoon illustration by R. Sikoryak. R. Sikoryak does cartoon portraits to raise money for the Museum of Comic and Cartoon Art. He was at the MOCCA New York festival doing this last year.

Posted by Book Calendar at 7:38 AM