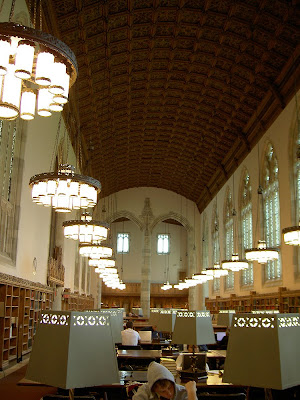 I did a little shopping today for basic things. On the bus downtown, I read some more of The Talented Miss Highsmith. There is always no parking downtown. Last time I went, it took me 45 minutes to park, so I take the bus. Patricia Highsmith is living in Switzerland, quite rich now from her movie and book money. She is mostly alone away from the United States which she has an ambivalent relationship with. She is still a United States citizen, but says terrible things about it. At the end there is strong sense of prejudice and bitterness as well as worries about money and food. She barely eats, spending more time drinking whiskey and beer. There is a sense of a person who has traveled many places; Istanbul, France, Germany, England, Mexico and neither likes the people nor the food, but is seeking out the dark things which she can write about them. This has a morose appeal. The whole biography has a kind of pensive shadow over it, meant to express a mood of disaffected contrariness.


Earlier in the morning, I finished reading the last part of Viral Loop which is on Viral Networks; companies like Ebay, Paypal, and Facebook. I have a strong distaste for Paypal, I have had some difficulties with them. I am rather fond of Facebook, it was originally started at Stanford as a network of college students then moved to different college campus. This makes it have some intellectual appeal lacking from networks like Myspace. I am not that interested in photography and wish a modicum of visual privacy so Flickr has some interesting qualities for others, but not myself. Youtube is quite interesting. This book is very much a cheerleading title for new media ventures. I found some if it a bit distasteful. Corporations are not wonderful all the time; some are admirable and others not so admirable.

I also spent some time looking at http://siteexplorer.search.yahoo.com/ which I find to be useful tool to see who has been looking at my website.

I just finished reading The Talented Miss Highsmith by Joan Schenkar. It is one of the most in depth biographies I have ever read. It is clear that the author interviewed many people over a number of years, read Patricia Highsmith's diaries in depth, and also read a lot of secondary material. I'll probably write a review tomorrow. This should give me time to think about it.

Posted by Book Calendar at 7:59 AM

Book blogs are really a gift to book loving people like me. Nice innovative items from your blog. Thanks for taking part in my discussion. Hope that you love to subscribe my email and Feed too. Thank you

Thank for you coming by to read my blog.