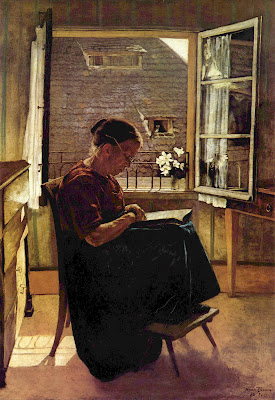 Today has been a nice quiet day. I went around and refilled some of the displays. I also set dates for some programs that I am planning to do. Tomorrow is the Graphic Novels club which should be interesting. The theme is girls comics. I also talked about the shifting project with some people.

I have a few books waiting for me to read, John Scalzi, The God Engines as well as some professional books, The Responsive Public Library, How To Develop and Market a Winning Collection by Sharon L. Baker & Karen L. Wallace and Making The Case For Your Library by Sally Gardner Reed.

If you are in New York on March 2nd, there is a really fantastic looking read at the Soho Gallery for Digital Art. L.A. Banks and Tobias Buckell will be reading. John Ordover who owns the gallery, was an editor for Star Trek novels at Pocket Books. http://jfreund.livejournal.com/9028.html

I just read The God Engines by John Scalzi. This is very hard to write as a traditional review. It is not a traditional book at all. The author is trying to break new grounds. I would call the book a novella, inbetween a novel and a short story. It is printed by a smaller quality press, Subterranean Press. Subterranean Press publishes horror, weird tales, science fiction, and fantasy.

This is science fantasy with an element of horror in it. The thing which powers the main characters spaceship is a god or alien being. It has hints of evil in it. The creature is controlled by iron which is traditionally what is used to drive away bad spirits and demons. It might fit better in a horror novel than fantasy.

This melding of science fantasy and horror was a bit uncomfortable, because it was not what I expected. It is a story of faith. The control of the beings which they call gods is through belief, faith, and symbols. Captain Tephe is not afraid to use pain and cruelty to direct the being powering his ship. There are layers and riddles to his faith which seem obscure and often puzzling.

Ultimately, the ship and crew with their militant, cruel faith gets a deserving end. It is not a comfortable end, but a deserving one. The writing is beautiful, but it is writing about cruelty, faith, power, and love which touches the emotions in unusual ways.

I am not so sure it is good, it is more different and unusual than good. It would not have been publishable by a main stream press. People will either like or very much dislike this story. It touches on fantasy, science fiction, science fantasy, and horror.

I was looking at Google Webmaster Tools this evening. It tells me that I need to go through and change my title lines. I should spice them up a little bit. I am thinking on this one. Add something more than just daily thoughts.

Posted by Book Calendar at 4:20 AM