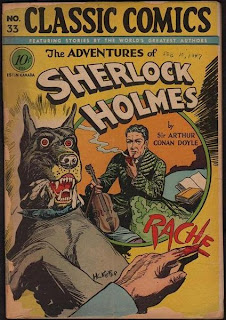 I have a professional pass to New York Comic Con which I am attending today.  There is a discounted rate for teachers, educators, and librarians.  I plan on going to to a number of panels that are specifically for librarians about comics and games.  Some of the panels are Graphic Novels and Libraries Beyond the Basics, National Gaming Day@Your Library, Video Game Collection Development for Libraries.  The show should be very interesting.  I am hoping that I will get a chance to visit DC, Marvel, Image, and Dark Horse Comics.

I also plan on stopping by the American Library Association booth and maybe running into some people from the New York Librarians Meetup.  There are sixteen people signed up from the Meetup.  Also one of my colleagues is coming.  I think it will be an excellent show.

I have my event planner information printed up with a map of the show which should make things easier.

The floor for the show did not open until 4:00 p.m., so I sat through all four panels for librarians.  The Web Comics for librarians panel was quite interesting.  I learned that New York Public Library has a number of graphic novels from Marvel comics that are ebooks in the Overdrive service.  I looked up a few of them and saw The Incredible Hulk, Spiderman, and Ironman.  They are supposed to be very high circulation items.  I have complete notes on the four panels which I plan on writing up tomorrow.  I also learned that the two major suppliers which libraries use for video games are Ingram and Amazon.

I also stayed for the floor show until they turned off the lights and cleared the floors at 7:00 p.m..  I picked up a lot of interesting swag including a cookie monster hat, a few paperbacks, many bookmarks, a variety of comics, and had a chance to look at some specific graphic novels that I am interested in including Habibi by Craig Thompson and The Astonishing Secret of Awesome Man by Michael Chabon.

I am going to take some time tomorrow to write all this up.

Posted by Book Calendar at 5:54 AM