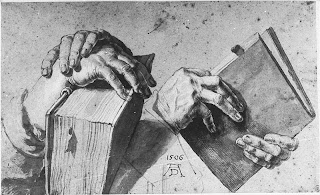 This morning, I checked the Twitter and Facebook account for the library.  I also listened to some more of American Rebel.  I am enjoying it.  There is a hard bitten, rough edge to the book.  Clint Eastwood comes across as a womanizer, jazz lover, and character actor.

I will be going to Book 2 Camp in a few minutes http://www.book2camp.org   It was an interesting day.  Far different than what I expected.  In some ways, I think did not do that well.  I tried to start an open session on electronic magazines and newspapers in libraries, but people did not seem to be interested.  There was a small session on E-books in Libraries.  Again, this was interesting because it seemed that there were more questions than answers.

The highlight of the day was meeting Tobias Buckell for a few minutes.  He is speaking at Tools of Change for Publishing.  He is part of the Ignite series of short presentations.   Tobias Buckell – Crowdsourcing a novel: how, who, why, and why not.  http://www.kickstarter.com/projects/1548859355/the-apocalypse-ocean?ref=live

I also spoke for a few minutes to Guy LeCharles Gonzalez whose first job was at the Mount Vernon Public Library.  He has a blog at http://loudpoet.com/

I ran into a gentleman who I saw at the Ebooks, Ereaders, and Digital Content Meetup.  He creaeted the Custos Hennion Bach App for Google Chrome. https://chrome.google.com/webstore/detail/nlkechgkpggimlocmlhfipcifmcdolio

The setting was at New Work City which I happen to like a lot.  I volunteered a bit in the morning for set up.  It was interesting.  The crowd was different than I expected.  I found it a bit unusual.

While I was at New Work City, I had a chance to look at their books http://nwc.co/books.  Books are an obsession of mine.  There was the usual books by Seth Godin, Free Agent Nation, The Clue Train Manifesto, and Work Sucks and How to Fix It.  I was more interested in the common computer book subjects; Ajax, Java, Javascript, Drupal 7, Ruby on Rails, After Effects, Photoshop, Sql, Perl, Linux, Css, Android, CGI programming, and web usability.  There were also a few issues of Make Magazine and the obligatory copy of On The Road by Jack Kerouac and James Joyce The Dubliners.  I found it entertaining.

They had bagels for the volunteers in the morning.  I wrote a few signs on what looked like giant post it notes and ended up moving some furniture.  The coffee was decent.  Coffee goes with books.

I will write a bit on the actual event tomorrow.  I have tomorrow off for Lincoln's Birthday which was today on Sunday, February 12.
Posted by Book Calendar at 5:22 AM