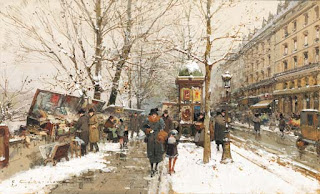 I placed the book The Ten Faces of Innovation on hold by Tom Kelley.

I also took some time and watched An Inconvenient Truth with Al Gore on dvd. I have never read the book.  I also spent a bit more time watching a video on Dreamweaver CS5 on Lynda.com.  I don't think this will be enough for me to really learn it.  I'll probably have to take a class.

Last night I spent some time at the Introduction to the New York Startup Community at General Assemb.ly from 6:00 p.m. to 7:00 p.m.  Anna C. Lindow who does Content Strategy for General Assemb.ly was teaching the class.  Hopefully, there should soon be a deck of the presentation available for me to look over.

As always, I just give my interpretations of what I thought was important.  One of the most important things which I learned is that I should probably learn some coding either in front end or back end development at least to the point where I have an understanding of what is happening.  I have some basic HTML and I understand a bit about CSS.  I have to get to the point where I understand Dreamweaver, Photoshop, and InDesign.  This is not going to be easy for me to do.

Almost all web startups start with a technical team initially.  Some companies are paying developers to come to Manhattan, New York with a $5000 bounty.  This is an article from Venture Beat on this http://venturebeat.com/2012/03/09/talent-crunch-new-york-startups-start-offering-5000-bonus-to-new-hires/  . There are simply not enough people who know how to code.  This is why places like General Assemb.ly are being created.

I have seen advertisements for beginning back end developers for $75,000.  Good developers can pick the jobs they want.

I also recognized some of the companies which people were talking about; bit.ly and Meetup are in New York.  Most of the common roles in startups don't match with librarianship unless there is a technical component like information architecture, community management, or client services.

There are quite a few networking places where people talk about startups.  I don't think I have time for attending a Startup Weekend.  I also have never been to a hackathon which would probably be very interesting.  I do engage in social media, blogging, meetups, and similar things.  I have been to some of the coworking spaces like New Work City, but have to learn a little bit more.

I watched the session from Start Making http://startmaking.com  which is a free entrepreneurship class from General Assembly;  Recruting on Building Your Team by Jack Groetzinger from Seatgeek.  Jack Groetzinger is discussing how they find people.  There were a few things that I learned.  Most companies only use job boards for the most generic positions and tend to put their specialized listings on more specialized job boards.  It was interesting hearing about specific communities which programmers use like hackernews and github.  The presenters so far in the Start Making classes are excellent.  Jack Groetzinger suggested that it is a good idea to get a Linked In Business Plus account.

There is a kind of language which goes with all this with words like user centered design, minimum viable product, brainstorm, and intercept.

I stayed a little bit past the first hour.  I ended up mentioning the new Espresso Book Machine in Brooklyn Public Library and children's e-books. Kirkus Reviews has reviews for book apps for the Ipad http://www.kirkusreviews.com/book-reviews/ipad/

An Audio Conversation on Outsourcing Public Libraries
http://thekojonnamdishow.org/shows/2012-03-08/outsourcing-public-libraries
This is a very serious conversation.

Posted by Book Calendar at 8:05 AM