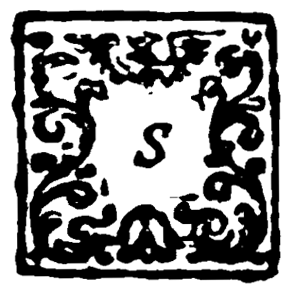 
I read some more of Arctic Rising by Tobias Buckell on the train to work.  The story has lots of action.  It also comes across as a believable.  Anchorage Alaska has become a major port as global warming has opened up shipping near the arctic.  So far, I like the story.  A nice thing about Tobias Buckell is that he uses a wide variety of characters in his settings from a mix of different ethnic and social backgrounds.

I put the book, The Arab uprisings : what everyone needs to know by James L. Gelvin on hold.  I also put Too Big to Know: Rethinking Knowledge Now That the Facts Aren't Facts, Experts are Everywhere, and the Smartest Person in the Room is the Room by David Weinberger on hold.  These were both reviewed in the March 1, 2012 Library Journal.  I also saw clippings from Too Big to Know on http://findings.com

This morning, I udpated the Twitter and Facebook accounts for the library.  The book, The Five O'clock Club Job Search Workbook by Kate Wendleton has come in for me to read.  I also went through the keyword list on the website I Need A Library Job eliminating some of the words.  In addition, there is a keyword list here http://infospace.ischool.syr.edu/2011/12/23/61-non-librarian-jobs-for-librarians/

James Lovegrove has a new book coming out called the Age of Aztec.  I enjoyed reading The Age of Ra  and just put The Age of Zeus on hold.  I put many more books on hold than I can read.  I usually examine them before I choose to read them or not.

If you volunteer you can get in free to the National Black Writers Conference on Thursday, March 29- Sunday April 1, 2012 at Medgar Evers, CUNY in New York.
http://www.nationalblackwritersconference.org/registration.html

I finished reading Arctic Rising by Tobias Buckell.  For me, it succeeded as a near future thriller.  It is not a traditional thriller.  The characters are a bit avantgarde.  The heroine is gay.  Also some of the heroes and heroines are on the wrong side of the law in the traditional sense.  The characters come form  a variety of countries; Russia, the Caribbean, Canada, Kenya,  the United States, and other places.  It makes for bits of interesting back story.   The book has a bit of an outlaw feel to it.  It is not your traditional square jawed hero from the military or gunslinger story.

I like how the future arctic has a very edgy feel to it.  People live on the ice or on oil platforms or floating manufacturing centers with very experimental forms of governance. The technology is kind of interesting.  There is a gun battle that is blimp versus ship.  There is also a nuclear bomb and a super weapon which add to the suspense.

The villains have some positive motives to them.  They are not completely evil.  There is a sense of at least partial justification for their actions.  Tobias Buckell does a good job of touching on gray areas in politics and the environment where it is not exactly clear who is right or wrong.

The setting is a world where global warming has risen sea levels, oil is scarce, and the battle for resources has turned northward as seas heat up and the oil fields, shipping lanes, and mines in the polar regions become accessible.  This is an interesting and utterly believable scenario if you read about the future of the arctic like I do.

I like Tobias Buckell's writing style.  It has lots of action.  It has a slight video game feel to it.  Tobias Buckell wrote for Halo.  This was a very enjoyable, fast paced book for me to read.

I got early access to Start Making: Early Bird Access to the Fundamentals of Entrepreneurship online class from General Assembly http://generalassemb.ly Right now, I am watching Alexis Ohanian from Reddit who is very interesting to watch.

One of the things Jason Ohanian suggested that I do is thank people for a technical thing.  Thank you for following this blog.  I appreciate it a lot.  I am grateful for your following what I say.  It is great that people follow what I write.  I hope you think about what I am writing.  This blog in many ways is about ideas.

Another Library Is Possible
http://lj.libraryjournal.com/2012/03/opinion/barbara-fister/another-library-is-possible-peer-to-peer-review/

Should Libraries Get Out of the Ebook Business
http://librarianbyday.net/2012/03/07/should-libraries-get-out-of-the-ebook-business/
I personally think the way libraries are focusing on e-books is a bit misguided.  There is too much focus on buying bestsellers and top publishers.  There should be more focus on buying works that are more appropriate in an electronic format, shorter books like Kindle Singles, creative commons books, books in the public domain that are open to everyone, and enhanced e-books which include video and audio as part of the text.