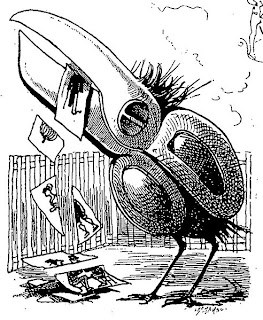 I am not happy with the publisher Chelsea Green's decision to limit sales of the book Obama's Challenge: America's Economic Crisis and the Power of a Transformative Presidency to Amazon.com for the first week of the release. This shows a disregard for openness in competition in the book industry. It also restricts people's choices of where to purchase books. In some ways, I am not a fan of Amazon's practices in selling books. I think it was a bad decision on the part of the publisher.
http://news.bookweb.org/6245.html

In a similar vein, September 27- October 4, 2008 is banned book week. There is a site up for booksellers and libraries http://bannedbooksweek.org/ . It shows one of my favorite books on the site, Maurcice Sendak In The Night Kitchen.

We have six of the ten Most Banned Books of 2007. Most are young adult titles or classics. I don't know why they want to ban teenage books so much. I put up a small display of the six books. I am going to try and get the other four as we go forward this month.

I also took a break again and started reading Sly Mongoose by Tobias Buckell. I especially like Pepper, the main character who has been in all the novels. Pepper is the essence of being beat down and still going. I also like the new enemy, space zombies. They are a lot of fun to read about. I also like the continuity of setting. The Azteca even though they lose their alien masters, still remain a coherent culture in the novels. They proclaim that the aliens were false gods and become a democracy led by a council.
Today, I plan on doing some weeding of the business books. I still have quite a bit more to do with this.
Posted by Book Calendar at 7:14 AM

Probably teenage books are banned most often because adults feel that youngsters aren't ready to read the kind of literature that they themselves will read.

Those are questions everyone must decide about for themselves.

A lot of the books in the "young adult" section are what is being assigned in the high schools. The high school teachers are trying to prepare teenagers for adult reading, so often the goal is to get people ready for more complex novels. Complex novels tend to have complex subjects like sex, violence, and problems. The basis for all novels and stories is a problem to overcome. The more dire the problem, the more interesting the novel often is. That is why so many of the "classics" are so brutal.