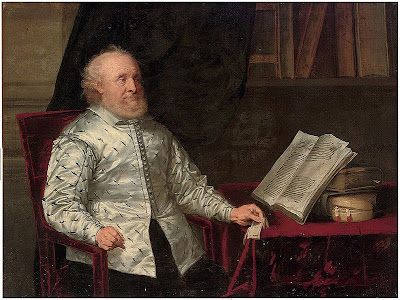 I finished reading Vulcan's Soul part 1 last night. It was lighthearted fun. The formula worked for me. I like to think of Star Trek as uboats in space, one step up from Buck Rogers which is the Lone Ranger in space. I am going to give a spoiler. Chekov disappears in a transporter malfunction. Of course, this gives the opportunity for the characters to mourn Chekov. But, is he really dead? It is like Sherlock Holmes and Reichenbach falls; a way to die which allows the character to possibly be brought back at a later date. This is one of my favorite author tricks. Of course Star Trek fans can't take a May 4 trip to Reichenbach Falls in Switzerland to commemorate the death of their favorite character like the International Sherlock Holmes Society.

I've been weeding in the 800s and the storage fiction. I am looking at copies with zero circulation from fiction. A lot of them are classics like Sir Walter Scott's Waverly Novels which absolutely cannot be deaccessioned. There are also some older quality fiction like Dalkey Archive press books, and some local authors which we should keep.

I had a chance to take a last look at the Kirkus Reviews a little bit ago. Our representative came today and dropped off the latest calendars from Baker and Taylor. We currently have forty boxes of books which we requested to be expedited from back orders. We are trying to get our orders in before the new fiscal year is in place.

Finally, our contract has been ratified after three years. We had been without a union contract for many years and now we have one. Needless to say, it means a nice year end sum for me and many people where I work.

A bunch of books are here for me to read, Finch by Jeff Vandermeer, In The First Circle The First Uncensored Edition by Aleksandr Solzhenitsyn which is a story of imprisonment of scientists and intellectuals, The Year of the Flood by Margaret Atwood-- a kind of a sequel to Oryx and Crake, Tours of the Black Clock by Steve Erickson -- Steve Erickson edits a literary noire magazine called Black Clock which is supposed to be quite good, Retro Pulp Tales Edited by Joe Lansdale-- For a while Joe Lansdale wrote western horror, he wrote several stories for the comic Jonah Hex, and finally E.C. Segar's Popeye, Plunder Island printed by Fantagraphics. This is a lot of early Popeye newspaper strips both in color and black and white printed in a coffee table size book.

An article from Wired Magazine, Study: Rumors of Written Word Death Greatly Exaggerated http://www.wired.com/epicenter/2009/12/reading-expands-study/ I rather like the idea that reading is not just about books. We read on the internet, on computers, in newspapers, in magazines, and even on signage around the street. We are reading more, not less. The less may be in terms of books. But, even video games have written content in them now. I think we read all the time to do everyday actions and sometimes it makes people less interested in long form books. People are losing their sense of attention with so many words everywhere.

While I was on Twitter, I occassionally find books that are worth reading. Today, I found Brain Rules: 12 Principles for Surviving and Thriving at Work, Home, and School. I often find things that authors want to promote on their own.

On the way home, I finished reading book II of Star Trek Vulcan's Soul Exiles. The authors use another device in this series, a coronet which records beings memories. The story includes the recorded memories of Karatek, a Vulcan on a generation ship exploring the stars as they sought a new home far from war torn Vulcan. These Vulcans would eventually become the Romulans. The use of an object to create memories is a fairly common literary device. You could compare it to the ring in the Hobbit by J.R.R. Tolkien, or the Silmaril (elven jewel) in the Silmarillion by J.R.R. Tolkien which is used to describe the creation and history of middle earth.

Posted by Book Calendar at 4:54 AM