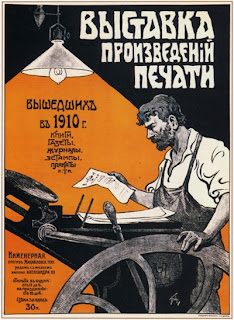 Today has been a quiet, peaceful day.  I did some more weeding in the oversize books, some spot checking in 300s, and checked on the shifting in the storage area.  I am focusing on the 800s in storage right now.  Things are moving along nicely. I like to keep track of the small details so things go right.

We have a program today by John R. Howard who is reading Faces in the Mirror, Oscar Micheaux and Spike Lee  from 6:00 p.m. to 7:30 p.m..  John R. Howard used to be on the library board.  We picked up a few of Spike Lee's movies; Do The Right Thing and When The Levees Broke as well as the videocasette for  Body and Soul by Oscar Micheaux.  We also picked up a few books on their films as well.

Last night, I read Well Being The Five Essential Elements by Tom Rath and Jim Harter.  This is a study by the Gallup organization on the elements of what makes a person well.  The five elements are career wellbeing, social wellbeing, financial wellbeing, physical wellbeing, and community wellbeing.  This book speaks volumes about how the general wellbeing of Americans is slipping.  We are 19th in overall wellbeing.  It also describes how poverty causes more than a lack of monetary wealth.   It also increases the amount of pain people are in because of lack of healthcare, and limits physical safety.  There are some interesting insights in this book.  A lot of the interviews in this book were done in person because the book has international coverage where many people do not have phones or electronic equipment.

On the train home, I started on The Glamor of Grammar A Guide to the Magic and Mystery of Practical Enghlish by Roy Peter Clark.  This is a surprising book.  The author manages to make grammar fascinating.  He argues that one should be immersed in language.  Grammar is a tool to improve language, not a prescriptive or descriptive device.  His argument is very likable.  In chapter 3, he asks the reader to adopt a favorite letter.  I chose Z because it reminds me of the Zizzer-Zazzer-Zuzz in Dr. Seuss's A B C.

The New York Times article about outsourcing public libraries.  http://www.nytimes.com/2010/09/27/business/27libraries.html?pagewanted=1&_r=1  I find this to be a little bit disturbing.  There are two reasons.  The first is sucking money out of the local community by sending it to a corporation that is not necessarily part of the local community.  I would think this would have a similar effect to Walmart.  You might get cheaper services, but the money does not go back into the community.  The second problem is one of transparency.  Libraries are public institutions run by the government where you can see how the money is spent.  LSSI is a private corporation which does not release its financial figures.   This is very short term oriented thinking.
Posted by Book Calendar at 9:14 AM

I think there must be some truth in the idea that the big supermarkets are losing out to online retailers. I buy a huge amount of books online via Amazon and play.com which are from indpendent book shops.

The big supermarkets over here only sell the latest bestsellers and a few top authors anyway -and I'd rather put my money elsewhere.

I think the Independents can sell used books something which the big booksellers don't do very well. I also think if you are looking for a niche prodcut Walmart does not do too well. Niche products and used products tend to do well in small shops.