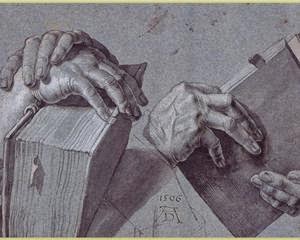 I checked the Twitter and Facebook for the library this morning.  I also checked the displays and the gift books.

I read a little bit more of Create Your Future The Peter Drucker Way.  I looked at some of the websites which were listed in the book and found a few interesting articles about future trends.

Kabiru Mohammed came by to talk to me about Life's Portrait which is a poetry book he wrote.  He is reading from it on July 10, 2014.

Help Wanted The Future of Work In Advanced Economies
http://www.mckinsey.com/insights/employment_and_growth/future_of_work_in_advanced_economies

Disrupting Government: Why Countries Will Soon Have to Compete for their Citizens
http://www.wfs.org/blogs/thomas-frey/disrupting-government-why-countries-will-soon-have-compete-for-their-citizens

I spent a little bit of time working on Evanced to set up the Adult Summer Reading program.

I am going on vacation for part of next week in July.

On the way home, I finished reading The Penultimate Truth by Philip K. Dick. The book was written in 1992, over 21 years ago.  The ideas in it have a cold war feeling to it.  People in underground bunkers are making leadies, fighting robots, for the yance men who deceive them about the end of the nuclear war between east and west.  It is an interesting cold war parable.

The End of the Story Why Libraries Still Matter
http://www.forbes.com/sites/northwesternmutual/2014/06/19/the-end-of-the-story-why-libraries-still-matter/?ss=forbeswoman
Posted by Book Calendar at 4:16 AM