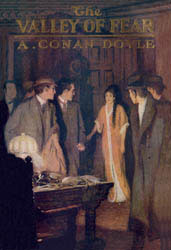 I finished reading  The Girls of Atomic City The Untold Story of the Women Who Helped Win World War II by Denise Kiernan on the way to work.  I am reading about the dropping of the atomic bomb on Hiroshima and Nagasaki.  The book describes the process in making the decision to drop the bomb.  It also goes into the aftermath with the shutting down of parts of what became Oak Ridge National Laboratory.

I read through two copies of the New York Times Book Review and the latest Ingram Advance for February.

I checked the gift books and the displays.  I also printed up some flyers for distribution.

I also spent some time planning for programming.  There is a Beginning HTML and CSS class tonight.

People have showed an interest in the Sparks! Ignition Grant.

This story reminds me so much of the old fashioned country bookstore which you would see in rural New York, Washington, or California.  The owner would have bought the store, lived on the top floor and run the bookstore on the first and second floors.  They would have paid off the mortgage and built up savings.  The store was the propietor's life and was often messy, had unique qualities, and many interesting older titles.

I remember when I first started as a librarian, my supervisor telling me that librarians survived on books and chicken.  This is also true of booksellers.  You were supposed to read constantly.

The extreme frugality was there. I remember a story from a street bookseller, where the first thing he said is that if you want to survive in this business go buy yourself several fifty pound bags of rice wholesale, get some warm secondhand clothing, and be willing to work from sunrise to sunset.

The focus on sweat equity where you worked to make your money and did not spend money was in this story.  Saving old bread for croutons, using the juice in the pickle jar, and serving big pots of tea and soup seemed very real to me.

I loved the descriptions of having beds in Shakespeare and Company where wandering people could come in and stay if they were writers.  The connection between City Lights Bookstore in San Francisco was also interesting.  I also liked the references to Allen Ginsberg, Anais Nin, Henry Miller, and other writers.

I am enjoying reading this book.  It has a strange bohemian feel to it.

Reading Is Making You Happier and Healthier-- Infographic
https://www.thereadingroom.com/article/reading-is-making-you-happier-and-healthier/1257

The War Over Comics for Kids Is Nearly Over, and the Kids are Winning
http://www.npr.org/sections/monkeysee/2016/01/05/462020653/the-war-over-comics-for-kids-is-nearly-over-and-kids-are-winning?utm_campaign=storyshare
Posted by Book Calendar at 4:05 AM