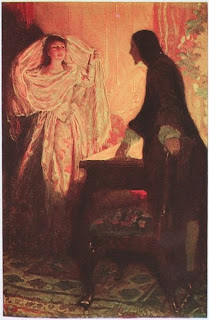 This is a science fiction romance. It is what you might get if you read star trek or stargate and added a decent amount of sex and romance to it. The book is campy and fun. It is full of cliches about science fiction.

Guardian Force Commander Jorie Mikkalah is hunting biomechanical zombies in the earth system. She must slip in with her crew and destroy the zombies without the earth people knowing about it.

Things don't go quite right and suddenly Jorie is hot and heavy with a greek cop from Miami named Theo. Theo saves Jorie from one of the monsters by using Jorie's laser pistol to burn out a zombies eyes. He understands how to use the pistol because it looked like something from Deep Space 1.

What will Jorie do? She has become involved in forbidden contact with an earth man. And eventually forbidden sex. Jorie really likes peanut butter and jelly sandwiches and Theo. Earth food is wonderful and earth men must be even more wonderful.

Theo is taken aboard Jories ship where he is told that he will be sent to Paroo, a tropical island planet like Hawaii, because he has seen a guardian force ship. Then, Jorie convinces her crew that Theo should help them out. He knows about earth and can help them kill the zombies. The crew is kind of amusing. There is "something like a miniature Wookie".

Theo brings the alien Guardians to his house where they set up a base of operations with an invisible forcefield and get ready to hunt zombies. Theo wonders what the neighbors will think, he needs a cover story for Jorie which he can explain to his aunt Tootie. This is pretty silly. He has a hot woman in his house.

Things go wrong and Jorie's ship disappears. There is a secret group of evil aliens on the planet controlling the zombies. Things get scary for Jorie (and really steamy between Jorie and Theo).

The Tresh, a group of aliens that look like absolutely perfect humans with a love of giving others pain are on the planet. The Tresh remind me of Khan Noonien Singh played by Ricardo Montalban in the Star Trek episode "Space Seed."

There is the dichotomy of pain and pleasure going on in the background. One of Jorie's crew must be rescued from the Tresh who have taken over Theo's house. Jorie and Theo retake the house. They must take a rescued crew member to a veterinarian to have the pain implant removed. Jorie is very pleased, veterinarians are the highest form of doctor on her world. If you pay close attention to the novel there are a lot of ridiculous things like this in the novel.

Eventually, alone and isolated on the planet, Jorie and Theo seek out help to destroy the remaining zombies. Theo manages to convince a few of his friends to help him kill zombies by showing off some of Jorie's super alien toys. Look we have a forcefield, a holoprojector, and a laser rifle, wow aliens.

There is a final showdown with the alien zombies. The showdown kind of reminds of a video game. The zombies are much larger than before. They must get past the big zombies to shoot the super big boss ending the zombies. It is a boss fight.

For the final cliche, Jorie's ship reappears and she is promoted to Captain. Of course, there is a happy, sexy ending. Jorie gets assigned to earth to watch it for future "alien zombie infestations" and Tresh. She can be with her alien lover whenever she wants.

There are two songs before the book opens, they are The Down Home Zombie Blues Lyrics by Linnea Sinclair & Ed Teja, Music by Ed Teja (ASCAP), and the Downhome Divorced Guy Blues words by Ed Teja and Uncle Steve, music by Ed Teja.

I found this paperback listed in Locus magazine in their new books for December section. They don't usually list science fiction romance books. This is better than most. Despite some of the ridiculous qualities in the book, I couldn't put it down until I finished it.

Posted by Book Calendar at 3:15 AM