The Writer and Comic Book Writer In Film, Link Exchange 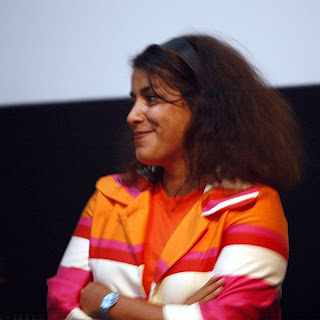 Last night I was watching the biographical film, American Splendor about the writer Harvey Pekar who writes comic books and jazz reviews. It is an utterly fascinating film. I haven't finished watching the video yet, I'll probably do that today.

Harvey Pekar is famous for saying "Ordinary Life is Very Complex." He writes about the every day experiences of ordinary life. American Splendor is the underground comic book he started writing with R. Crumb illustrating the first editions. Harvey Pekar met R. Crumb while he was searching for jazz records at garage sales. They have a friendship based on comic books and old records.

I am up to the point in watching the film where Harvey Pekar gets cancer. He has a graphic novel called Our Cancer Year which is really excellent to read. It is about his recovery from cancer. His wife, Joyce helped him write it. One of the things about husband and wife writing together, is that it is often hard to tell who is writing what.

All of the people in the film are fascinating because they are all a little odd. His wife Joyce married him after visiting him for a week in Cleveland. There is quite a bit on what it is like to appear in your own comic book. American Splendor was also made into a play before it was made into a film.

The interviews on David Letterman and Harvey Pekar are peppered throughout the film.

Harvey Pekar has his own blog http://www.harveypekar.com/ . It includes him, his wife Joyce, and his adopted daughter, Danielle. Harvey Pekar chose to get a vasectomy because he didn't want to have a family originally.

While I am talking about this, I will give a brief aside. If you want to watch something deeply disturbing with lots of very black humor, Robert Crumb has a biographical film, Crumb. Watching Robert Crumb's brother Max is a truly disturbing experience. Max is seen laying on a bed of nails. Just about everything about Robert Crumb in the movie is likely to cause some revulsion or amazement. This film is not for children under any circumstances, and many adults will have a hard time stomaching it.

Writers on film are usually far different than you imagined them when you are reading their books. Getting to see a biographical picture of a writer often reveals how far off most literary criticism is on writers. You get to hear why they are writing in the film.

Most of the films about writers I have seen are very dark. Another film, The Whole Wide World about Robert E. Howard's relationship with Novalyne Price Ellis is really beautiful to watch. It is an art film set in the 1930's. The sunsets, and the scenery are really beautifully done. Robert E. Howard is very much a tragic figure in real life, his mother died of terminal illness and he committed suicide before he could see the popularity of his works.

Another film about writers which is also very dark is "Born Into This", a biographical picture of Charles Bukowski which is basically one long documentary interview with him. He talks about the different places he lived in Los Angeles, his excessive drinking, his working at the post office to make ends meet, and the various women in his life.

There is always a little respite in films like these. Bukowski also loved to listen to classical music. The classic image of him which comes to mind is him banging away on the typewriter with a bottle of wine listening to Brahms while his cat is sitting in the background. He is in a little room with a bare light bulb and a few oil paintings which he has painted on the walls.

Bukowski is also a writer who succeeded. He talks about what it means to have ones own house and have to stop worrying about the world crushing him. He seems almost contented in the film. When you look at him during the interviews he is smoking a brown cigarillo and has a clear glass with some red wine in it while he is talking.

I finished watching American Splendor about half an hour ago. The ending is kind of uplifting. Harvey and Joyce adopt another comic book artists little girl Danielle and he retires from his job as a filing clerk in a medical office.

Harvey Pekar has written numerous graphic novels. I rather liked The Quitter about Harvey Pekar's tendency to quit things like school and college, and his redemption as a writer. Another graphic novel is American Splendor: Unsung Hero about the story of Robert McNeill, one of Harvey Pekar's coworkers at the hospital. It tells the story of Robert McNeill joining the marines during the Vietnam war. A very revealing story about what it was like to be a teenage black soldier during that time period.

Another comic book artists film I want to see is Persepolis. The graphic novel, Persepolis is really excellent and well worth reading. It is a story of growing up in Iran. This is a link to the films website http://www.sonypictures.com/classics/persepolis/ . There is also a Persepolis II and another graphic novel Embroideries by her.
Another film which I am looking forward to is Miss Potter starring Rene Zellwegger. This is the story of the sale of Beatrix Potter's first book. I've always loved The Tale of Benjamin Bunny and Jemima Puddle Duck. There is something wonderfully eccentric about these books.
__________________________________________________________________
Literary Jewels asked me to do a link exchange. I put up a link to her site under the heading Literary And Reading Link Exchange. She is the first person to ask me about doing this.
I replaced my adsense button with this. In the long run, I think, this will be better for the site than Adsense. I noticed that when I looked at Blogger's sites of note, none of them had advertisements on them which is kind of interesting.
I have started inviting people to join in sharing links.

Posted by Book Calendar at 5:07 AM

hey again. Oh my God i love Marjane Satrapi i read one of her comics it was very good. The movie based on the book is out it got rave reviews though i didn't see it yet.
Bukowski i read about on another site though i had never heard of him before (should i be embarraseed?) i will definitely try to get my hands on something by him. Happy new year!!

No, Bukowski is a hard poet to take sometimes. His writing can be harsh. He writes about sex, drinking, and a lot of very dark things. I like him, but he is not for everyone. I think he would not pass the censors in most arabic countries. Don't be embarrassed.